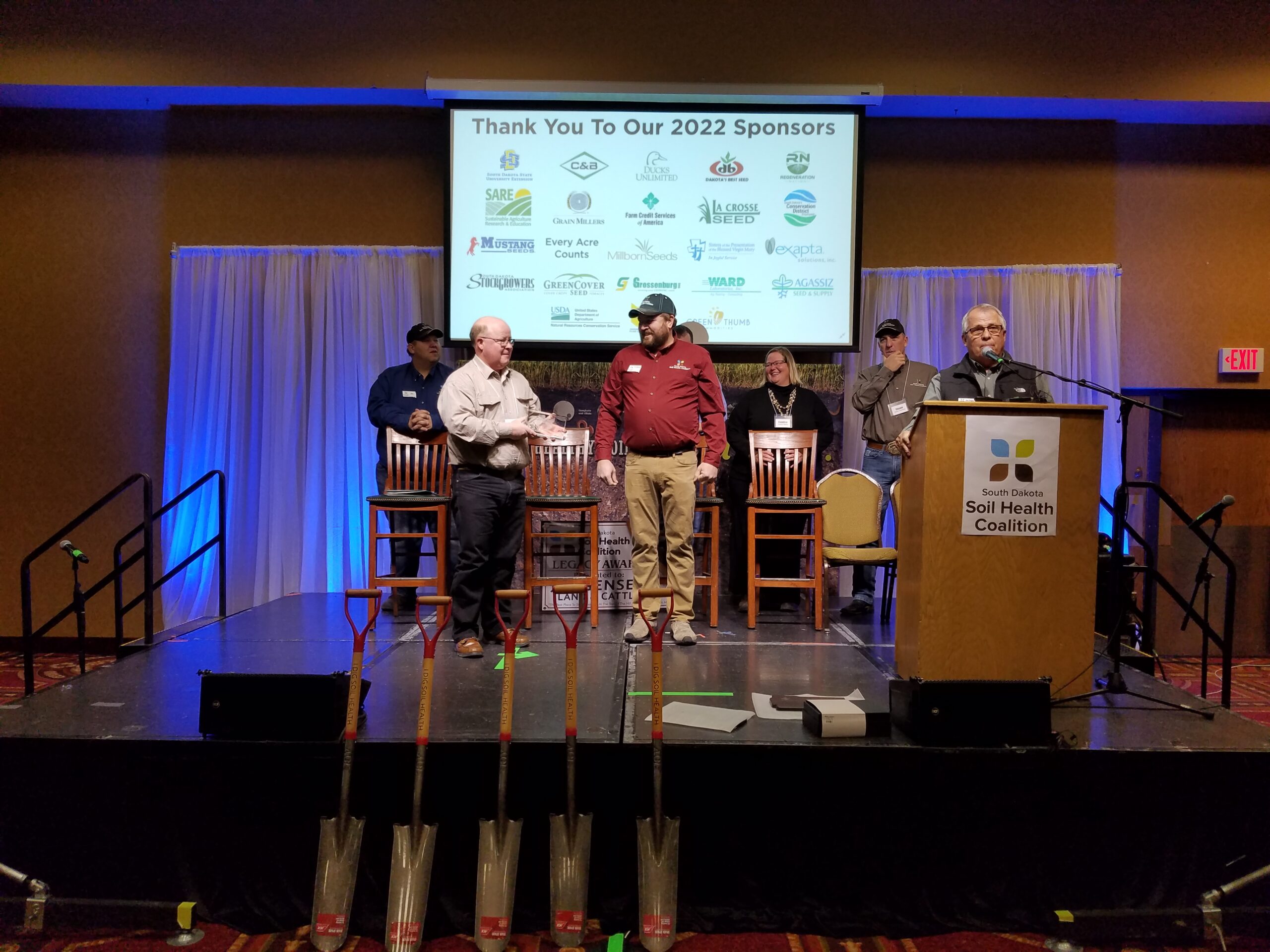 Coalition Board Member Dan Forgey said that Bly’s work has touched just about everyone in South Dakota agriculture.

“He has done a tremendous amount for the Coalition,” Forgey said. “Every time we turn around and need something, he’s always there.”

Bly noted that while soil health was a “forgotten science for many years,” many people are beginning to recognize its importance. “It’s really great,” he said. “I’m living the dream!”

Jorgensen Land and Cattle in Ideal, SD, was also announced as the 2022 Legacy Award winner. The Jorgensen operation includes Bryan Jorgensen, his son Nick, his brother Greg, and his nephew Cody. Together they operate a hunting lodge, a diverse cow/calf and bull development operation, as well as a 12,000-acre no-till crop operation growing feedstuffs, feed grains, and certified seed. In addition to no-till practices, the Jorgensens use cover crops, diverse crop rotations, livestock integration on cropland, and minimal insecticide applications. The family has been adept at documenting the benefits of their soil health practices and sharing that information with others.

The Legacy Award was created to honor past board member Al Miron who passed away suddenly in November of 2017. He left behind a lifelong legacy of conservation and commitment to increasing soil health. 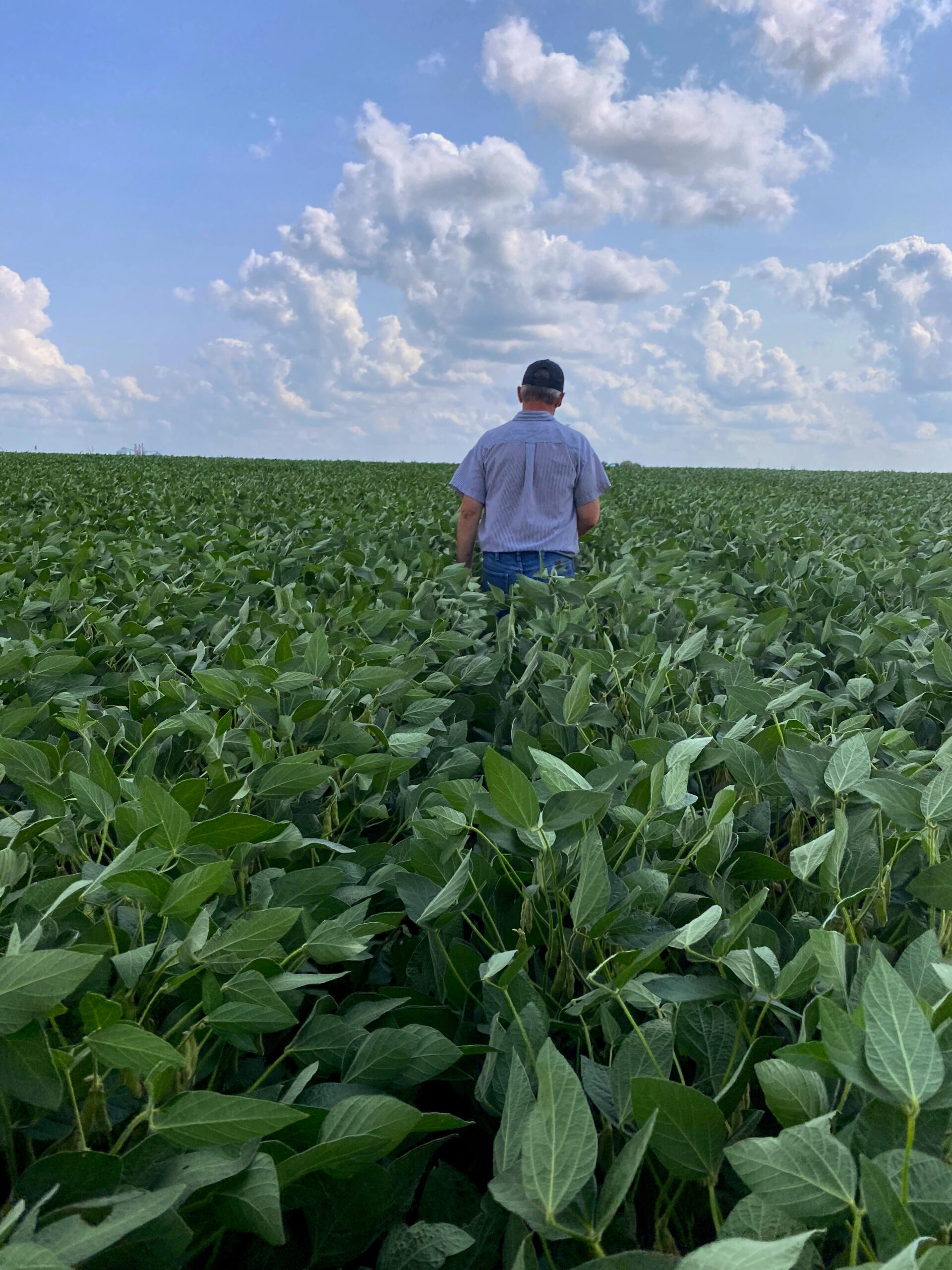 South Dakota State University student Ashilyn Hulstein won first place in the 2022 Soil Health Conference Student Photo Contest post-secondary category with this photo of her father walking through a soybean field. “He has taught me so much about agriculture and has shown me that it isn’t just about planting a seed and harvesting the crop, but it’s also about protecting and taking care of the land as well,” Hulstein said. Photo courtesy of Ashilyn Hulstein.

All winning student contest entries can be found at www.sdsoilhealthcoalition.org/soil-health-conference/students/.

The South Dakota Soil Health Coalition thanks all sponsors, speakers, panelists, attendees, and viewers for making this year’s conference a success.

To learn more about the Coalition and its efforts to promote soil health and increase sustainable agriculture production, visit www.sdsoilhealthcoalition.org.