His ground bounces back: Everything works a little better with healthy soil 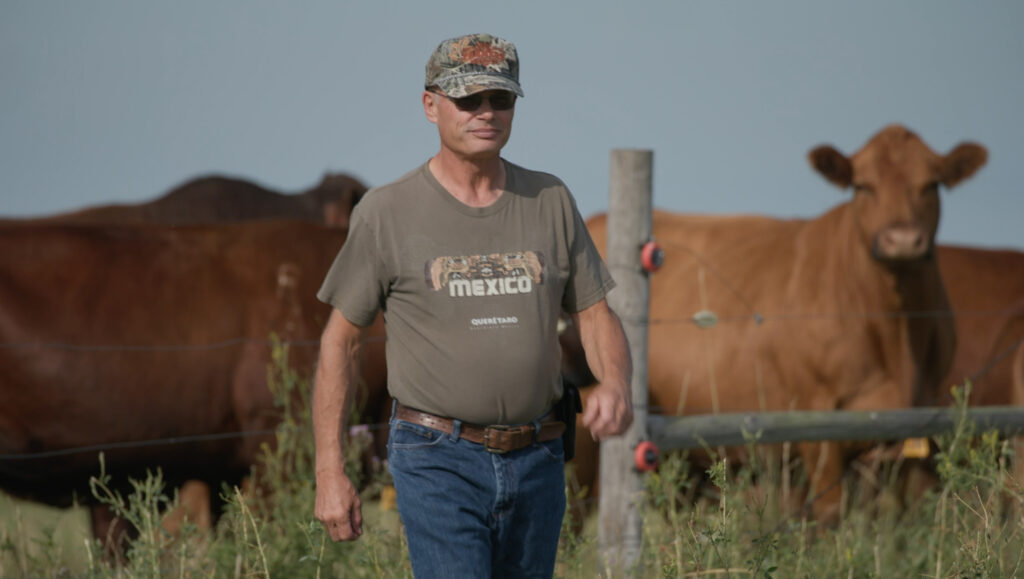 Craig Rau produces a variety of crops and cattle on his farm in northcentral South Dakota. Image Courtesy of SDSHC and USDA-NRCS South Dakota.

PIERRE, SD – Like most South Dakota farmers and ranchers, Craig Rau has witnessed both dry-as-a-bone and overflowing rain gauges the past few years. The extreme weather swings have understandably caused stress in the state’s farm population, but Rau hasn’t felt the same level of stress many other farmers have experienced.

He credits healthy soils. “Whatever the weather, dry or above normal precipitation, you just don’t have those big swings one direction or the other on our fields or pastures,” Rau said. “You have more resiliency in that ground; it can handle these wide swings in moisture.”

“The soil just bounces back. When you have healthy soils, you build a resiliency into your farm and don’t have to worry as much about a profitable operation,” the northcentral South Dakota farmer and cow-calf producer said.

The Campbell County farmer’s formula for less stress through resilient soils includes cell grazing for the past 12-15 years, no-tilling for 25 to 30 years, a diverse rotation of corn, soybeans, wheat, winter wheat and alfalfa for years, and a 5-way or more mix of cover crops for a number of years.

“We were extremely wet three years ago. In the middle of May we were just finishing up planting corn and got 11 inches of rain in a five-hour period. Even the no-till ground washed some gullies, but I was seeing very little washing on my soils,” Rau said. “We were extremely wet again two years ago, with almost double our normal rainfall.  I follow all small grains with a cover crop in the fall, and those fields were much easier to get in to plant – getting to the fields with the roads under water was actually the bigger challenge.”

Rau said there’s stress for all farmers when it’s raining all the time and they can’t get field work done. He’s found cover crops have helped him consistently get into the fields to plant.

“I just didn’t have the issues others had. There were potholes you had to go around and that sort of thing, but the cover crops really have made a difference,” he said.

Last year the weather did a complete flip-flop, Rau said. “Everything was drying up, but the moisture was there in the cover crop fields, and planting the crops with no-till brought them up without any problem, except on the sandy ground,” he said.

“It just seems with the soil health that everything just works a little bit better,” Rau said. “You look at the people who aren’t maybe doing a lot of the soil health practices, and they’re struggling a little bit more. Good soil health for me has meant way better yields, not as many weeds and a lot less issues all the way around.” 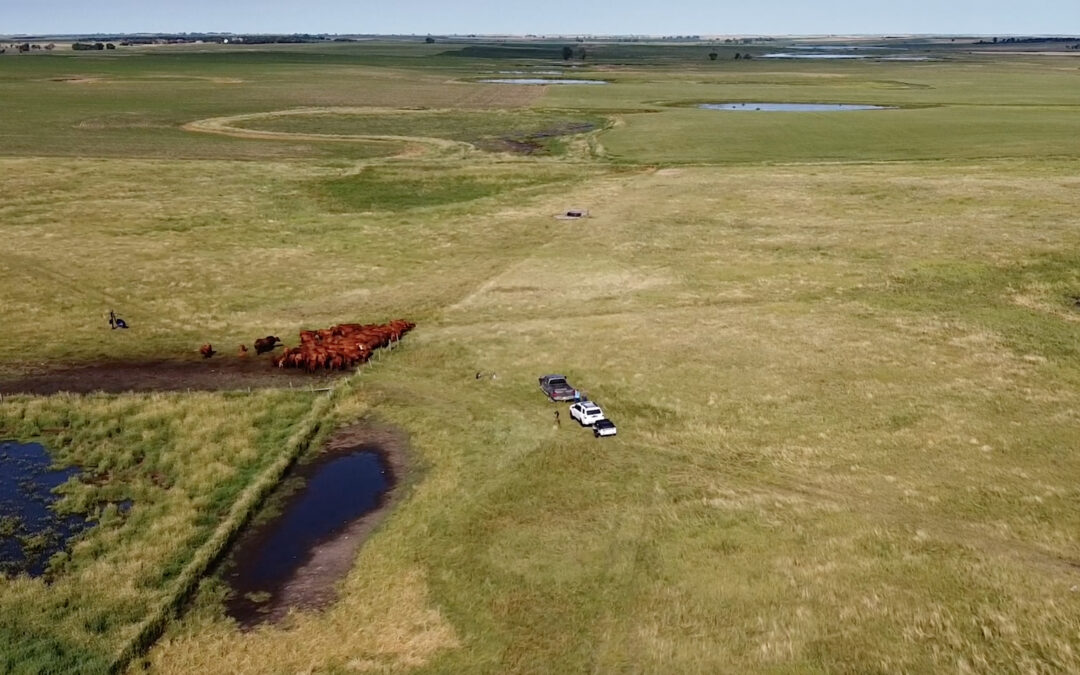 The first thing Rau noticed when he added cover crops into the mix was the tilth of the soil – how much more mellow the soil was and how much easier it was to plant into, using a lot less pressure to get the seed placed properly. At the same time, the soil structure was stronger.

“The water moves through the soil better but there’s also a lot more soil moisture holding capacity when you have the proper soil health,” Rau said. “So you get into the field sooner in a wet year, and you have moisture in the soil in a dry year.”

He said he’s getting higher yields with less commercial fertilizer. Those kinds of cost saving benefits have led to a high-level personal satisfaction in farming.

“The cell grazing has made a tremendous difference with the number of cattle that I can stock on the ground, and it’s really improved the diversity of the plants that are in the pastures,” Rau said. “Before we started cell grazing, we just turned so many cattle into the pasture, and they would overgraze parts of the pasture that were closer to the water sources, and then it was underutilized in other areas. You didn’t see a lot of diversity.” 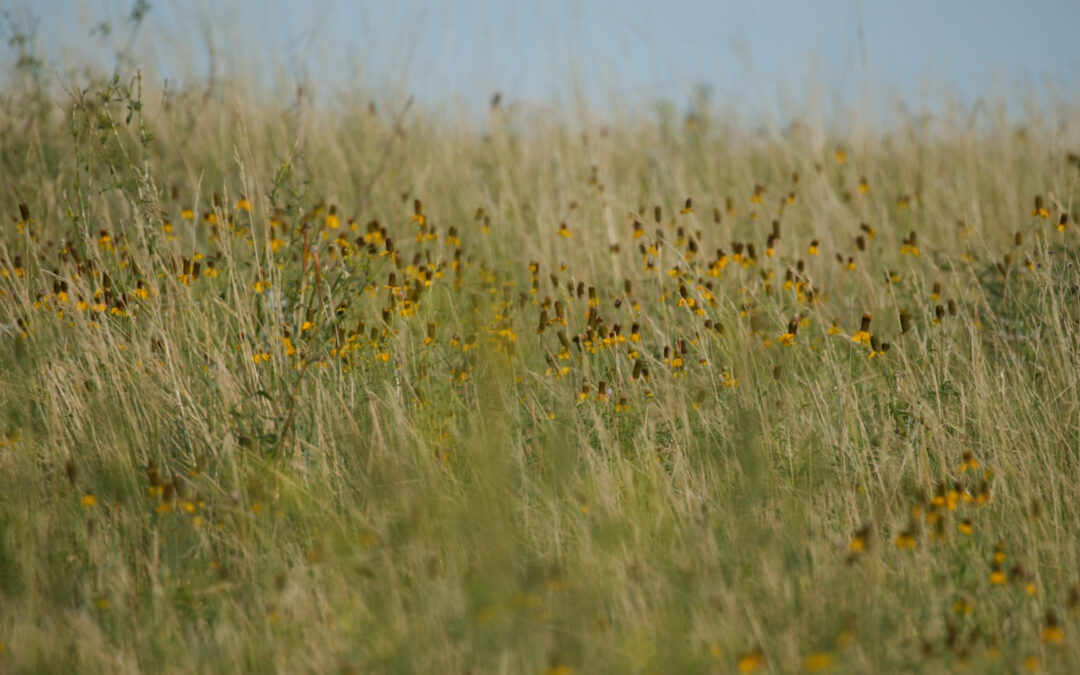 Rau’s soil health practices have increased the plant diversity in his pastures and improved his stocking rates. “The grasses that we didn’t see – the blue stems and others we didn’t see – are slowly coming back,” Rau said. “There are flowers blooming from spring ‘til fall. I’ve been able to almost double my stocking rates and still have plenty of grass left over at the end of the year.” Image Courtesy of SDSHC and USDA-NRCS South Dakota.

After struggling for a few years, trying to convince one of his landlords to go along with what he was going to do on his own ground, the landlord bought into it. “I put in the cross fencing and everything, and it’s unbelievable the diversity that has come back in those pastures,” Rau said. “The grasses that we didn’t see – the blue stems and others we didn’t see – are slowly coming back. There are flowers blooming from spring ‘til fall.  I’ve been able to almost double my stocking rates and still have plenty of grass left over at the end of the year.”

“I do some grazing on cover crops in the fall, too,” Rau adds. “I used to have to chase the cattle home from the pasture every year, but now I just get out of their way. They know they’re getting on these lush green cover crops, and they just run straight to the cover crop fields. They know where they’re going.” Rau said that even during the dry years like last year, he doesn’t have to worry about cutting back on cow-calf pairs or pulling cattle out of the pastures early.

“I’m pretty upbeat on what farming is going to look like in the future,” Rau said. “We just seem to be so much more resilient with the soil health, a lot more consistent in getting a crop and being more profitable.”