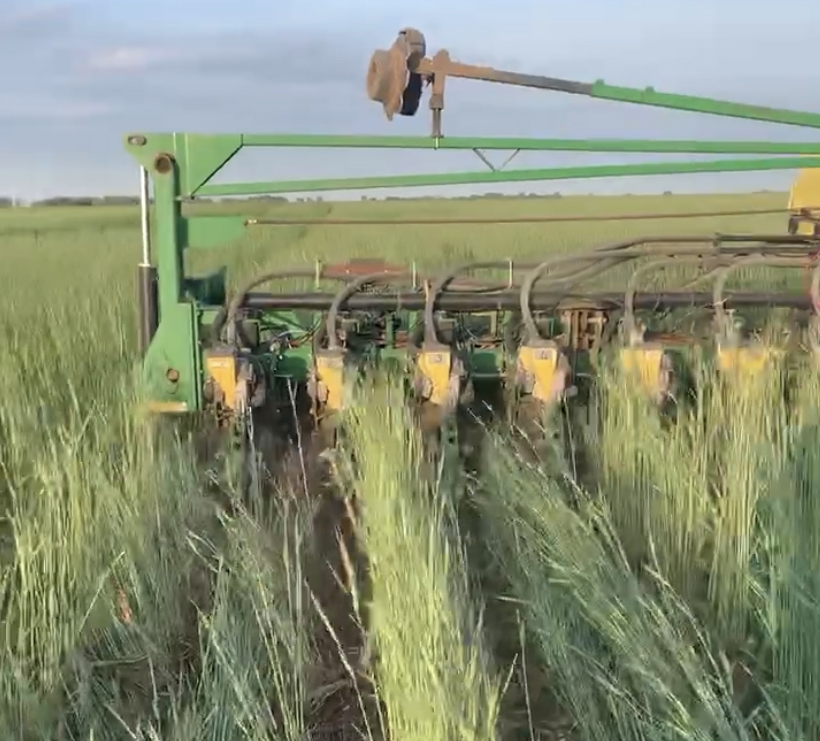 PIERRE, SD – If you overhear farmers at the local coffee spot talking about “planting green,” they’re probably not discussing the paint on their equipment. They’re more likely referring to a new way of thinking about cropland management that benefits both soil health and water quality.

The process works better with some cash crops and covers than others. 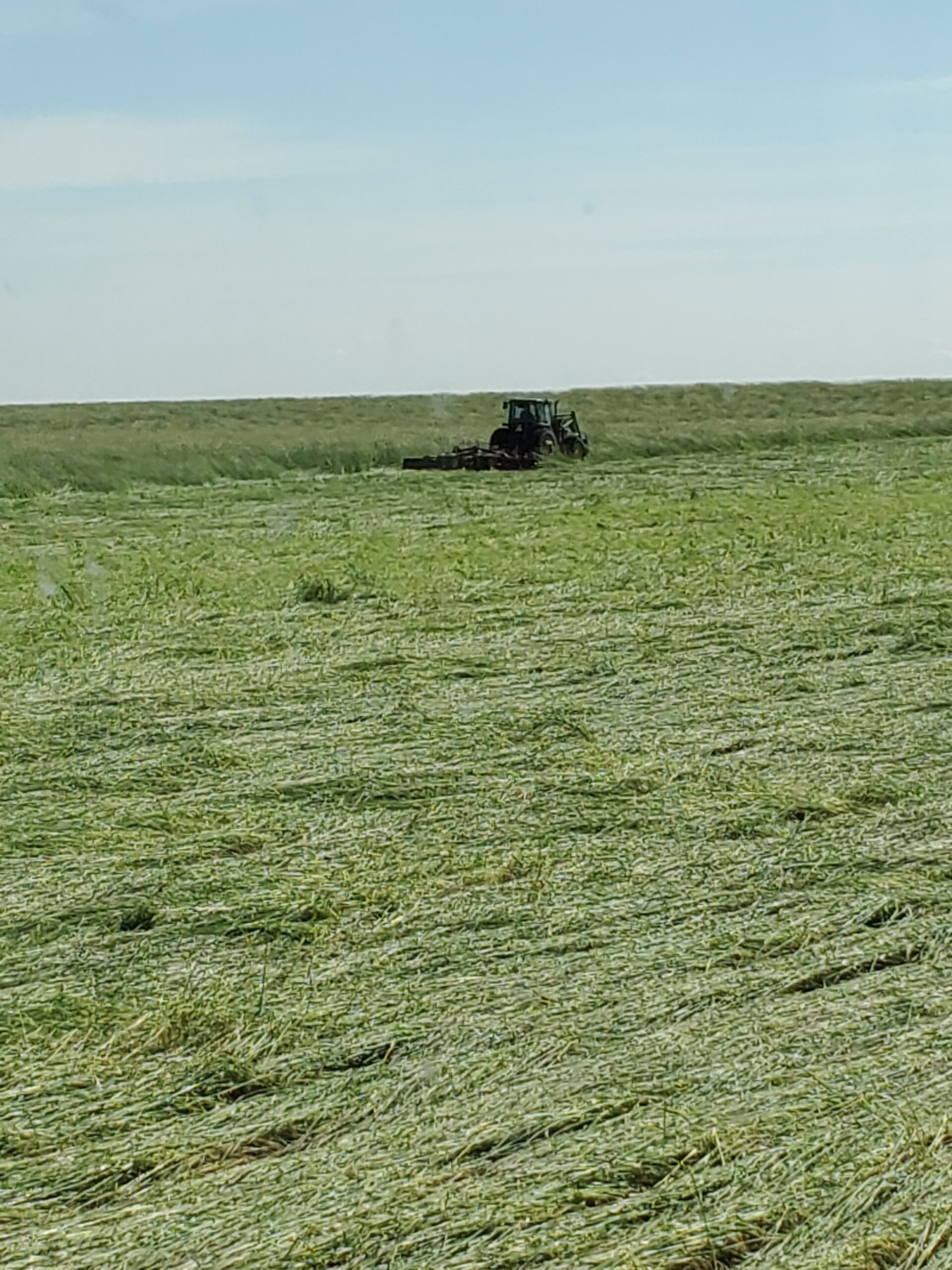 Van Mansheim uses a roller-crimper to terminate his cereal rye cover crop after seeding his soybeans into the rye. The soybeans will emerge through the mat of rye, which will provide protection for the soil and aid in weed control. Photo courtesy of Van Mansheim.

There are several reasons why this practice is a good idea.

“I see quite a few advantages, starting with keeping that living root in the soil as long as we can and trying to capture carbon – keep photosynthesis moving and bring carbon into the system through the fibrous roots of those rye plants. That in turn is going to help build our organic matter,” Barsness said.

Increased organic matter in the soil results in a higher water storage capacity, making the soil more resilient in both floods and drought.

There are other benefits to planting green, as well.

“You’re going to reduce erosion from spring snowmelt,” Barsness said. Because rye is planted in the fall, when the snow melts in the spring, there are already living plants in a field to help protect the soil from water and wind erosion.

The cover crop also helps cycle nutrients. Cereal rye takes up nitrogen from the soil ahead of the soybean cash crop, which doesn’t need as much nitrogen, and then releases it slowly back into the soil as it breaks down. That nitrogen is then available for the next year’s crop.

“When the rye puts on a lot of growth, then we have less nitrate in the drainage water,” Sexton said.

His research also showed a trend of increased organic matter and increased availability of phosphorous, and zinc in the soils where the rye cover crop was planted. While those trends were not statistically significant, he said, they may become significant over time if the practice is continued in the same areas. 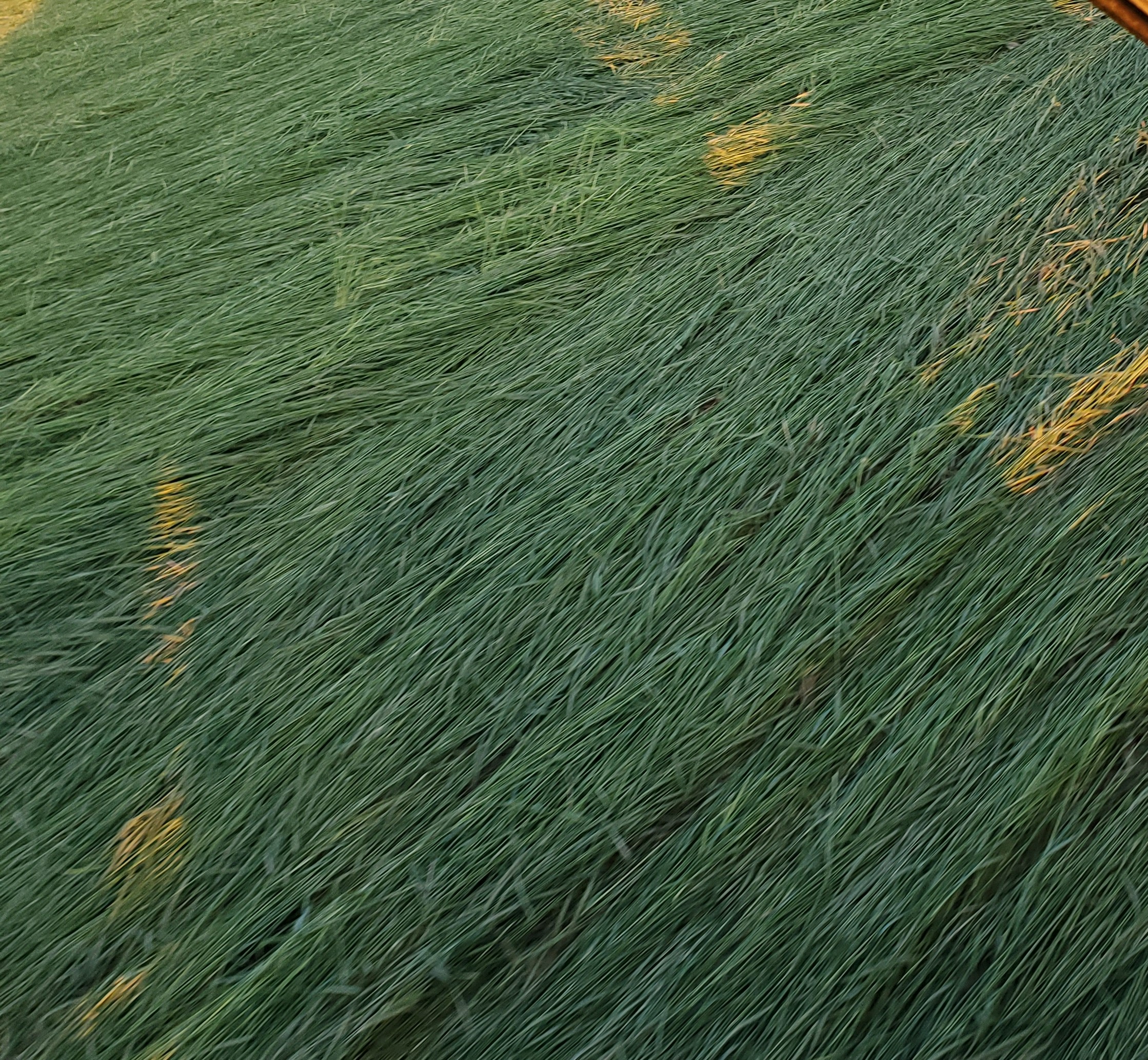 Van Mansheim’s soybeans will emerge through this mat of recently crimped cereal rye. The rye provides soil health and water quality benefits while helping to control weeds, resulting in less herbicide applied to the field. Photo courtesy of Van Mansheim.

Van Mansheim, who farms near Colome, SD, started planting corn into a green cover crop mix in 2017 and soybeans into cereal rye in 2019. He plants his soybeans directly into standing cereal rye, and then he terminates the rye using a roller-crimper. The soybeans emerge through the mat of rye residue.

He said that he has noticed weed control benefits from the practice.

“It just puts a mat on the ground. The weed pressure is so much less. It’s just amazing,” Mansheim said. “Kochia was our number one pest, and we virtually have no kochia. Where the rye is, there’s virtually nothing. Where the rye is not, there’ll be a weed patch.”

Mansheim still sprays herbicide over the top after planting, but last year he was able to reduce his herbicide mix to a single chemical, clethodim. “So, it was about a $30 (per acre) savings just in that herbicide pass,” he said.

In the future, Mansheim hopes to be able to eliminate that herbicide pass entirely.

Mansheim has seen no yield reductions due to planting green. In fact, he said his yields have been better since starting the practice.

Charlie Edinger, who farms near Mitchell, SD, has been using cover crops for more than 10 years. He started planting green into those cover crops five years ago for a reason other than weed control.

He had an area on his farm that was always wet in the spring, and he was looking for a solution other than tillage to dry it out enough to plant in the spring. He seeded cereal rye there in the fall – both into standing corn and after corn harvest. By the spring he had a good stand of rye, and the cover crop used enough moisture to allow him into the field to plant.

Edinger sprayed his rye to terminate it a week before planting his soybeans. By the time he was planting, the rye had turned yellow, ropey, and tough. It was starting to cause an issue with his closing wheel system. As a result, Edinger altered the timing of his termination sprays after that.

“So, we have gone from spraying ahead of time and planting in conditions that were tough,” Edinger said, “to spraying the day before (planting) to actually spraying several days after planting.” 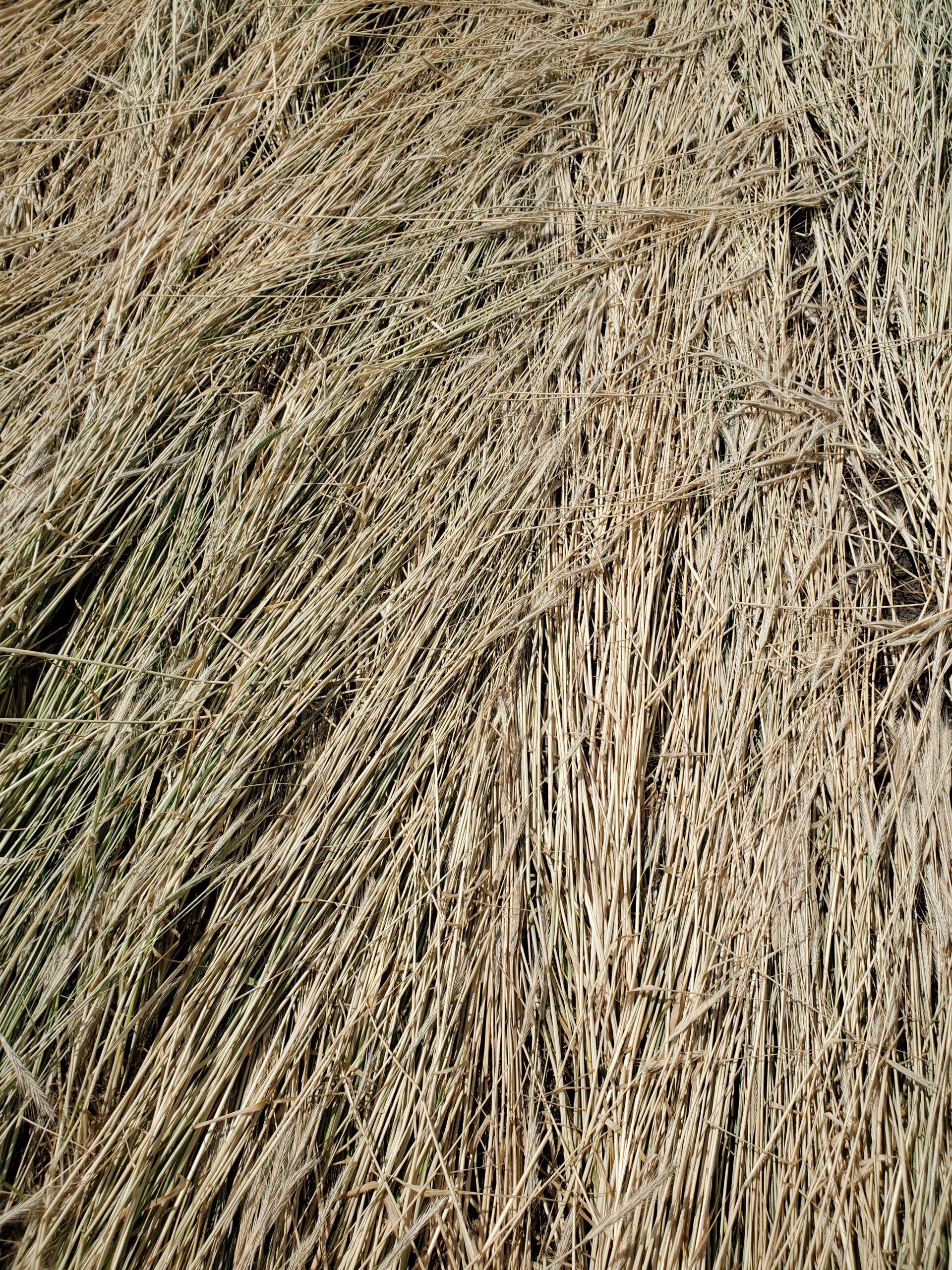 That year taught him another important lesson, as well.

When he sprayed the field, there were areas of standing water.

He learned just how much moisture rye can use in May, even if it is in the process of dying.

“One thing you have to pay attention to is your soil moisture levels,” Edinger said.

That’s an important lesson in years like this one with a dry spring.

“If we get on a dry stretch, that cereal rye could potentially use too much moisture which has the potential to reduce our yield in the cash crop,” Barsness said. “To account for that, you terminate your cereal rye before you plant it.”

“Me and my employees talked about that this spring,” Mansheim said. “We started talking about it in early March. If we weren’t getting moisture by April 15th, we were going to start terminating at that point.”

Luckily, Mansheim’s farm received some rain, and he can put off a decision about when to terminate his cover crop.

Besides moisture concerns, producers wishing to try planting green will need to make sure they stay in compliance with their crop insurance requirements. 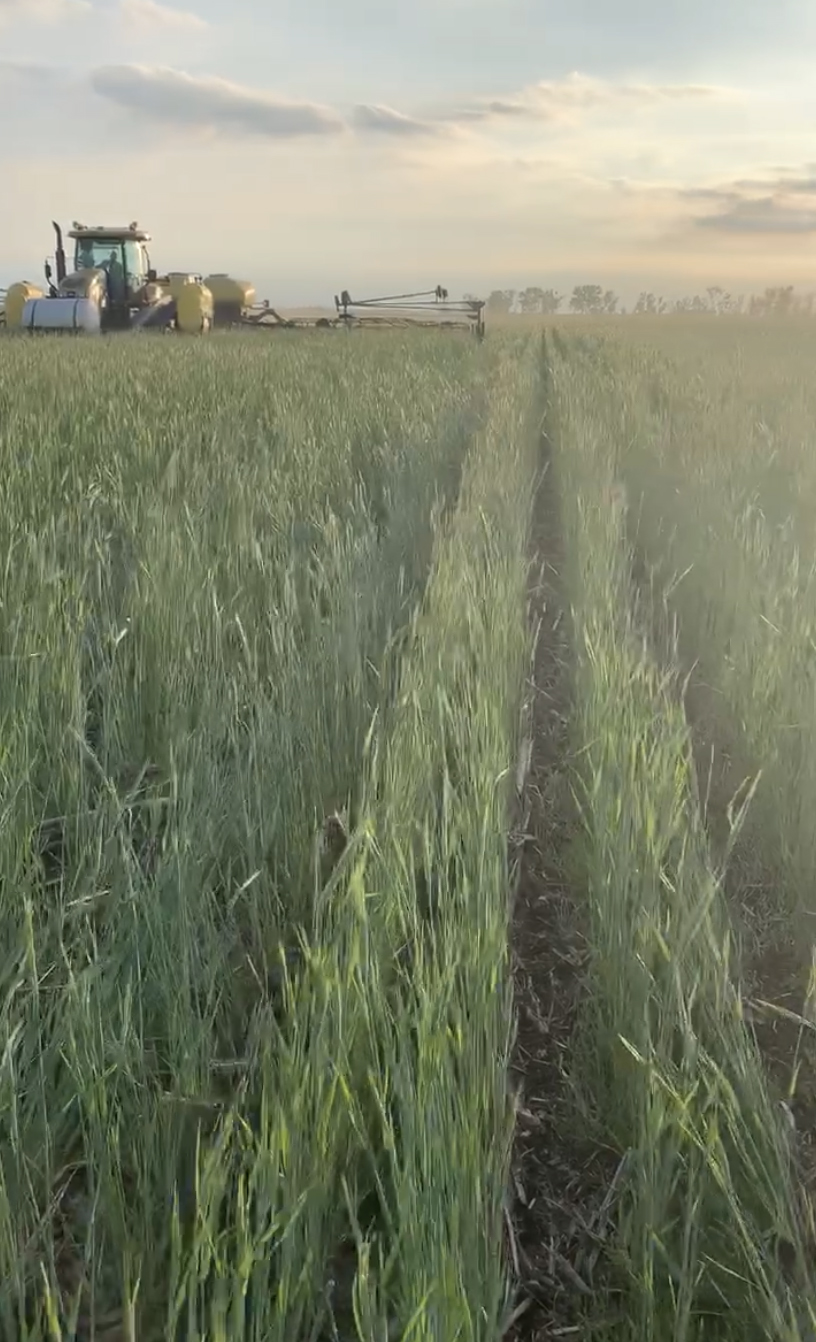 Charlie Edinger plants soybeans directly into a standing cereal rye cover crop. In wet years, the rye dries the ground enough for Edinger to be able to plant in the spring. Photo courtesy of Charlie Edinger.

Barsness said producers should take a copy of the NRCS Cover Crop Termination Guidelines to their crop insurance agent. The current guidelines can be picked up at local NRCS offices or downloaded at tinyurl.com/Cover-Crop-Guidelines.

“If they can explain to their crop insurance agent what’s going on,” he said, “I don’t think there would be any problem with it.”

Cost could be an issue for producers, but Sexton said he would consider planting soybeans into green cover crops a long-term investment in the soil.

Barsness said producers could spend $20 to $30 per acre to seed their cover crop. However, that money could be offset in other ways, including grazing the cover crop over winter, reduced weed pressure, slowed spreading of herbicide-resistant weeds, and reduced erosion.

Despite the challenges, Mansheim said, “I still think it’s worth the risk to have a green living plant in the months of March and April versus not doing it.”

Since he has started planting green, Mansheim said he has seen better soil structure and better water infiltration on his land.

“I just feel our soil is much more resilient,” Edinger said. “Allowing a living root system out there, in my opinion, is more forgiving.”

“I know there’s a lot of people who probably think that they can’t plant green with the equipment that they have, but I would encourage them to try some,” Edinger said. “It’s not like you have to have a new line of equipment to do this.”

“You just got to go in with no fear,” Mansheim said. “You just have to have faith.” 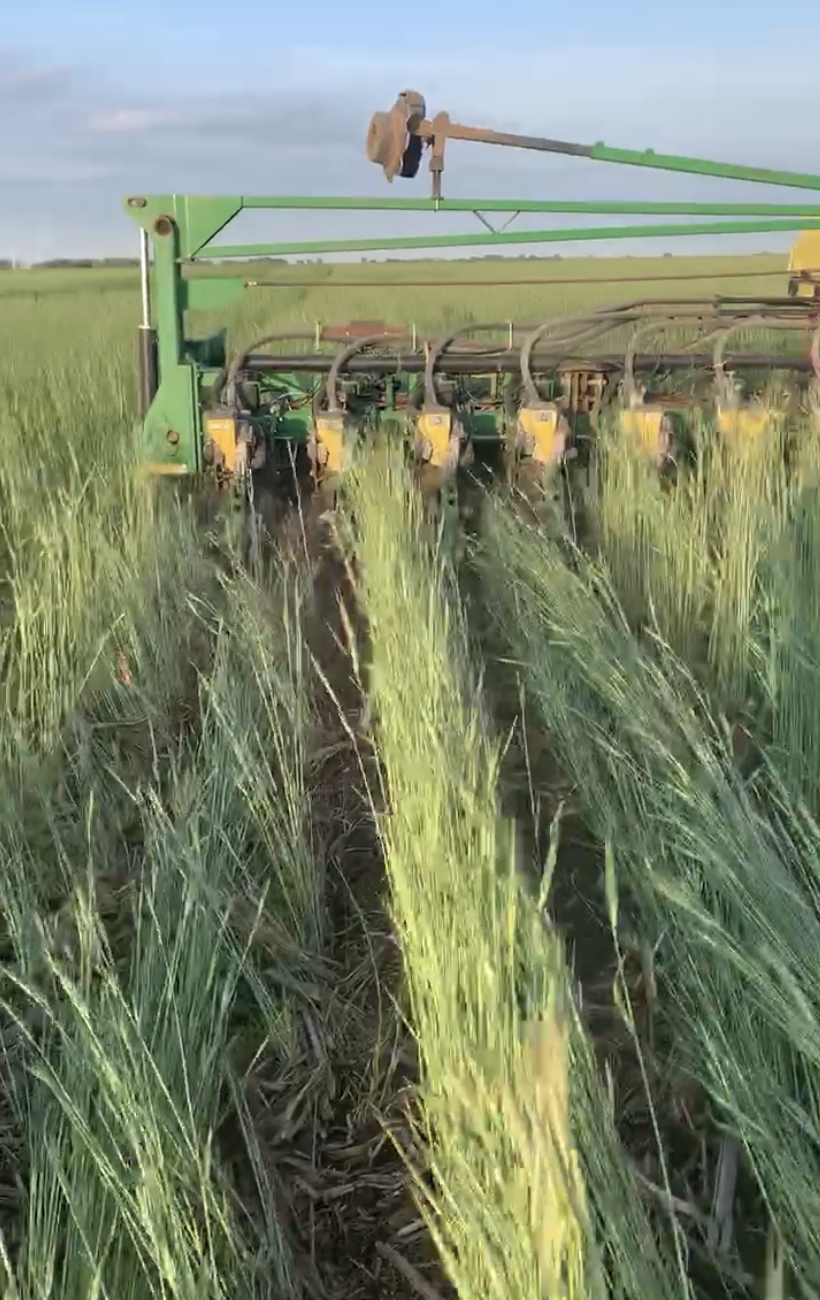 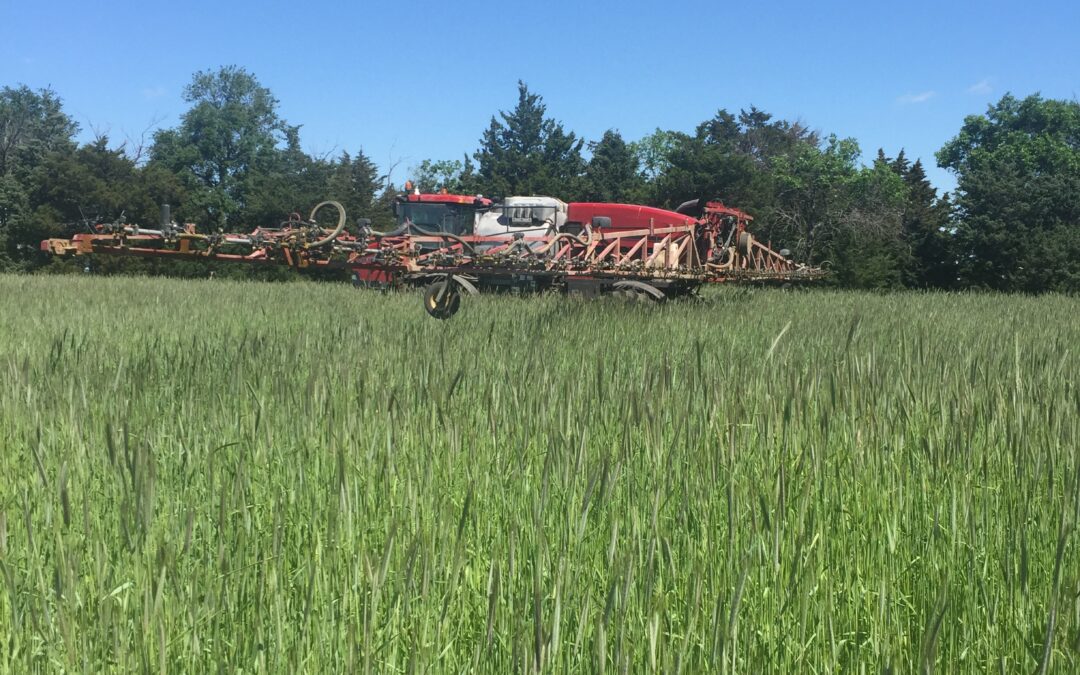 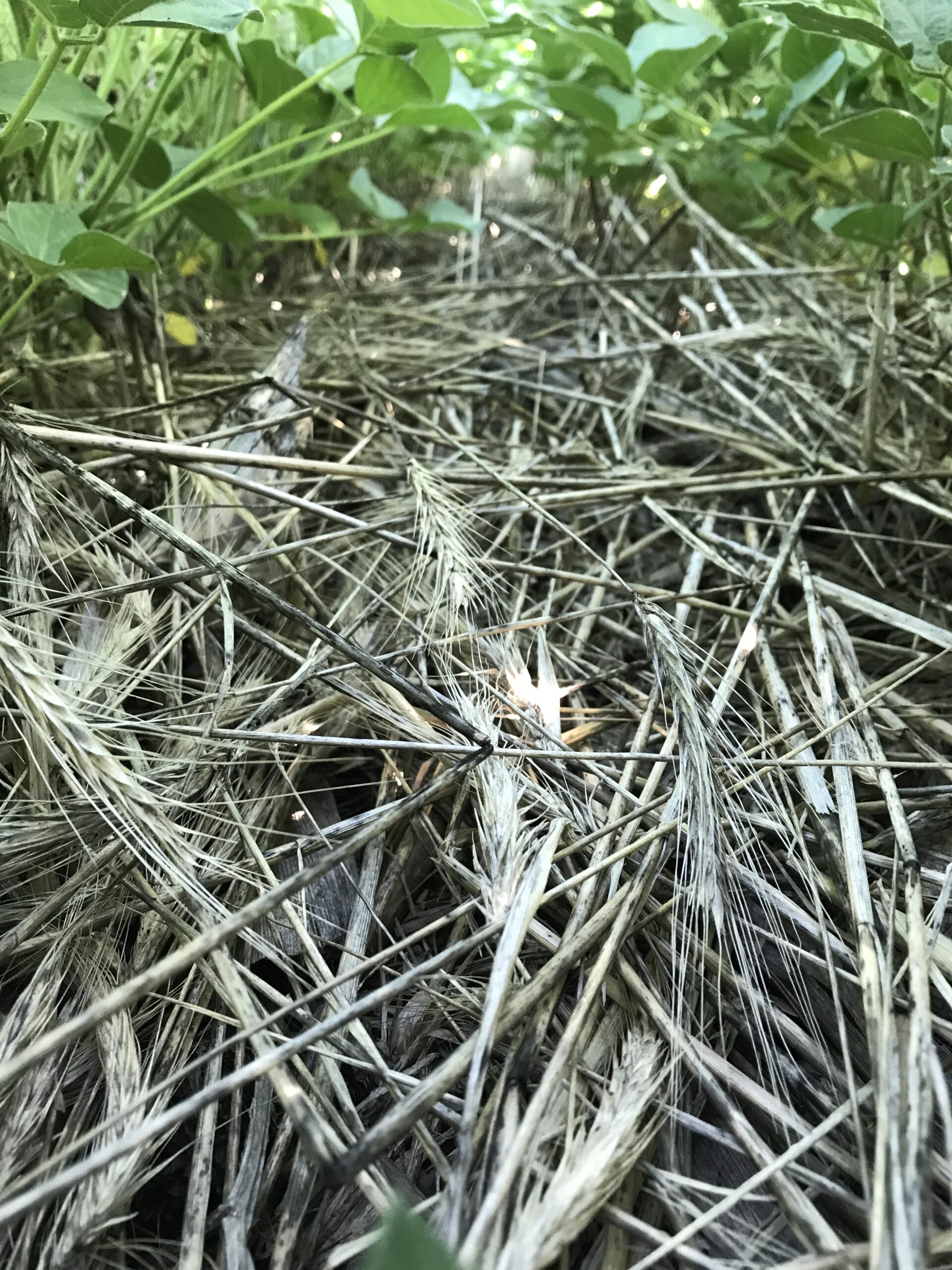 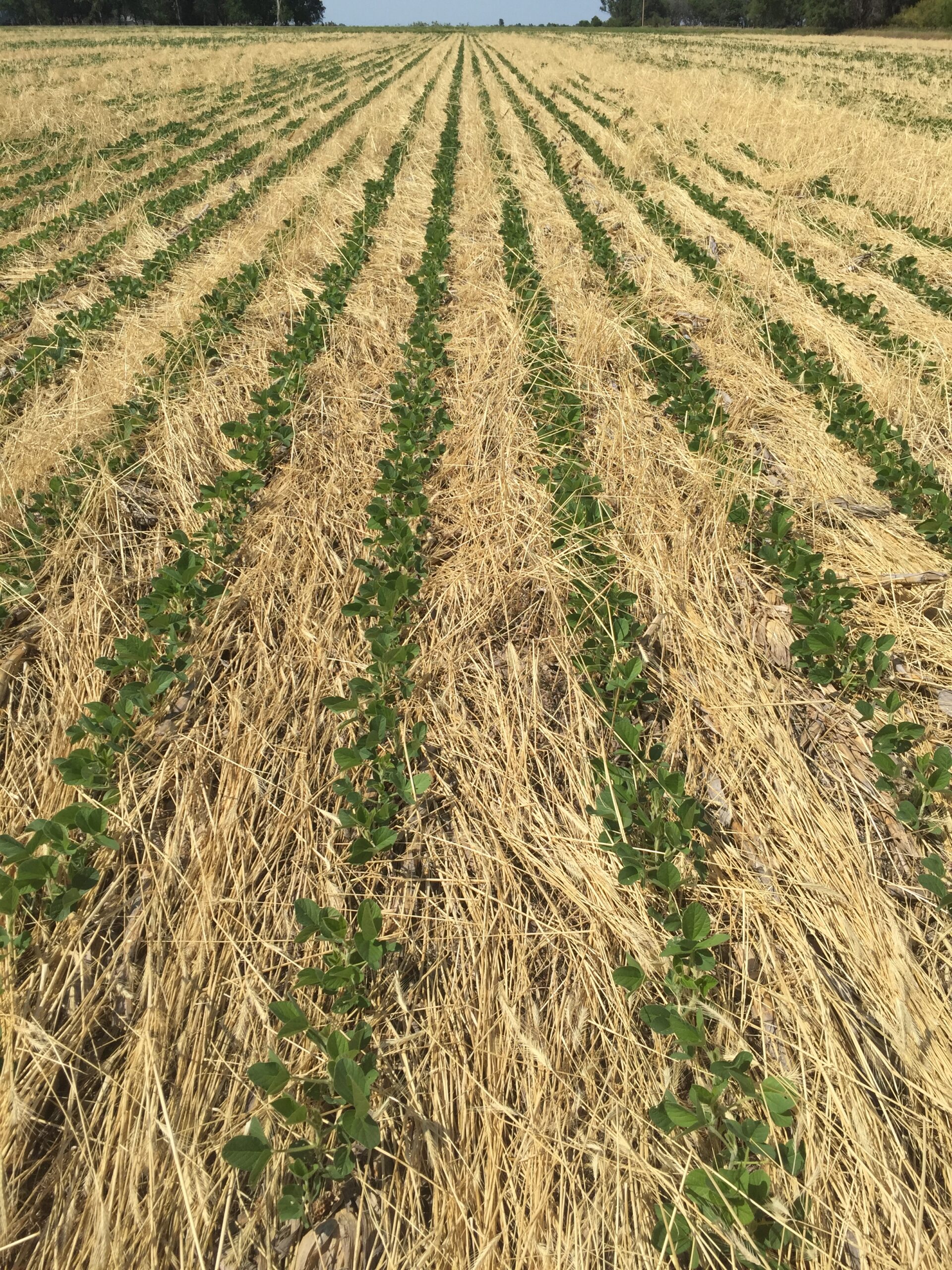