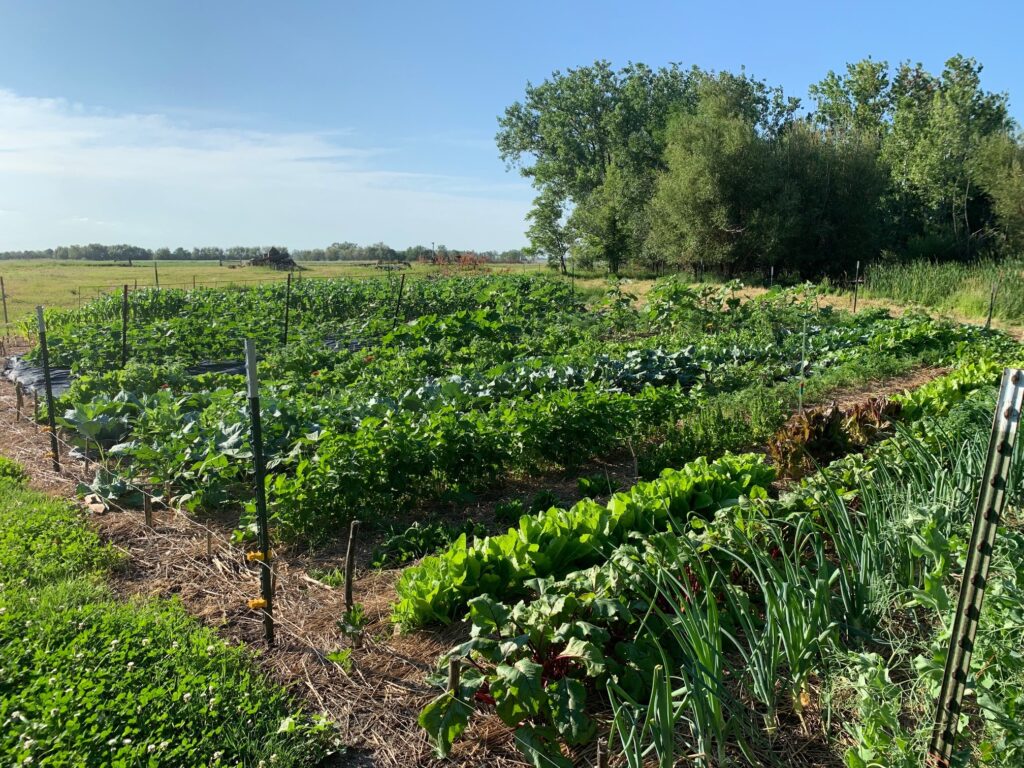 Wouldn’t it be nice to have a large summer garden without all the weeding?

By using a few soil health practices, South Dakota gardeners might just be able to pull that off while improving the structure and fertility of their soil.

Jeff Hemenway is a former Natural Resources Conservation Service state agronomist and state soil health specialist, and he farms near Huron, SD, with his wife, Laura. The Hemenways are both master gardeners. They have been using no-till practices on their farm for 20 years, and 10 years ago, they stopped tilling their garden, as well.

“I’m into less work,” Hemenway said. “I grew up gardening as a kid, and we spent the whole summer either roto-tilling or hoeing the garden. If you don’t want to do that – which I don’t want to do because it’s not fun – do what we do. Put down some mulch, do that in a no-till garden, and stop weeding. Gardening gets a lot more fun at that point.”

To control weeds, the Hemenways use a grass hay mulch or landscape fabric on the entire garden. The fabric they use is available for purchase at most conservation district offices.

“We use a fabric mulch on all our vine crops and have for a number of years,” Hemenway said. “I have a warm season grass hay I harvest that we use on the rest of our garden – something with a high carbon-to-nitrogen ratio and doesn’t break down very readily. We’re actually building a lot of soil doing that. We really don’t have much weeds at all.” 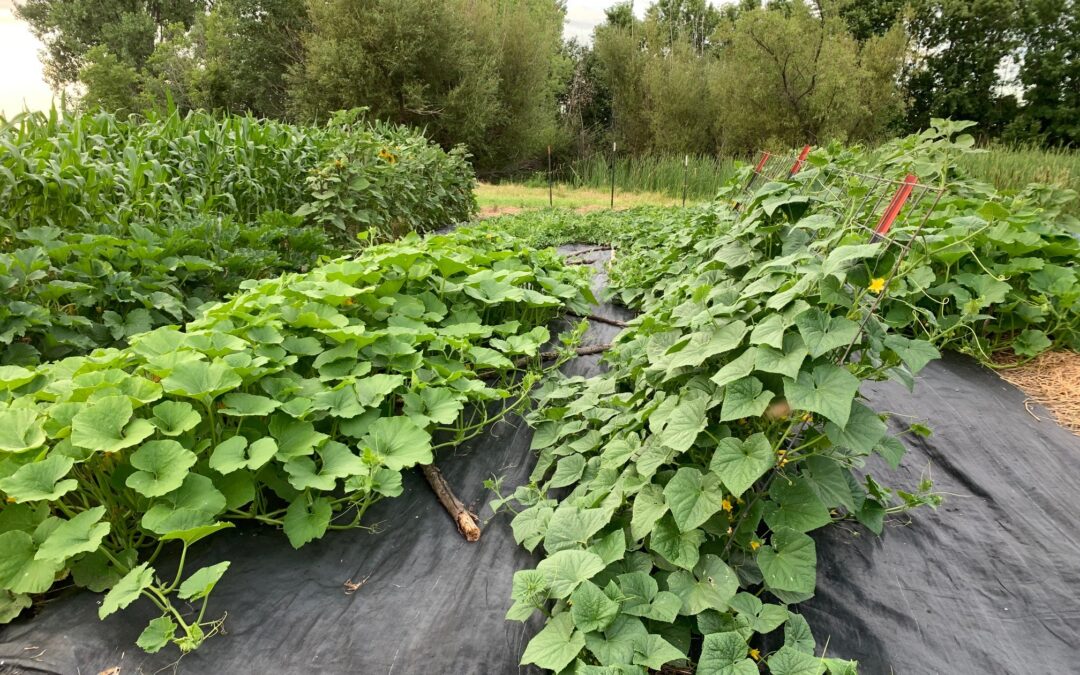 Hemenway’s garden practices also include a diverse rotation of crops, cover crops, and pollinator habitat for his bees.

“I have a rye cover crop that I put behind my potatoes once they’re harvested, and we have perennials in our system every three years,” he said.

The perennial the Hemenways use in their rotation is alfalfa, and it really pays off.

“On a good stand of alfalfa, according to South Dakota State University’s Fertilizer Recommendation Guide, you can get 150 pounds of nitrogen available that next year – half of that in a no-till situation,” Hemenway said. “The bottom line is that half is probably sufficient for that first year. In that second or third year, I put a little additional nitrogen right over the top when I seed it – not the whole garden, just right where I’m seeding. So, my fertilizer rates are really low. I’m really not spending very much on that at all.”

Why use cover crops?

Hemenway said that a mistake he made last year demonstrated the soil structure and water infiltration rate in his garden.  He accidently left his sprinkler on overnight. The next morning, he was able to walk through the garden without getting his shoes muddy.

“In a tilled garden, I’d have been up to my ankles in mud,” he said.

Jeremy Smith and Patricia Jenkins, operate Cycle Farm, a small but highly diversified farm near Spearfish, SD. For them, diversity is the name of the game.

On their three acres (one of which is planted with vegetables), they raise 40 different crop types, laying hens, a flock of ducks, broilers for meat, some perennials, apples, pears, cherries, plums, medicinal and tea herbs, and flowers.

“We try and have a pretty good crop rotation,” Jenkins said. “We try and have something growing in our beds for as long as we can throughout the season, whether that’s starting with the cover crops early before we plant our harvest crop or having successions of crops.”

“On our field we’re able to do a lot of intercropping – companion planting – so parsnips with radishes in between the rows,” Smith said. “Or other things where there’s more diversity.” 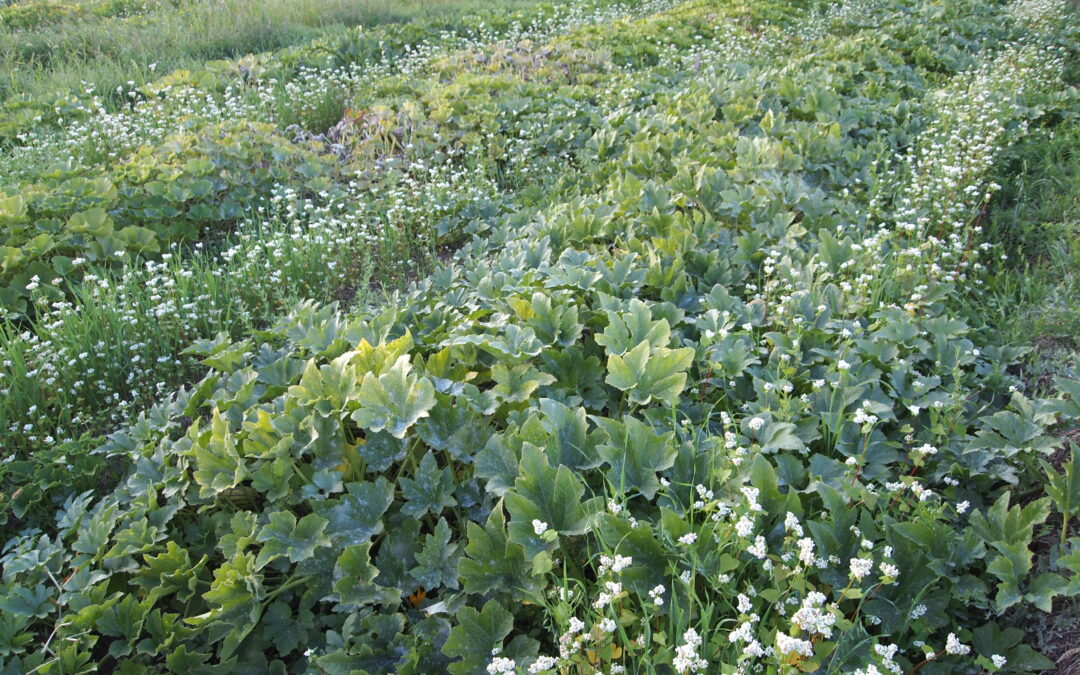 Smith and Jenkins also pasture chickens and, occasionally, lambs beneath the trees in their orchard to reap the soil health benefits from their manure.

Their farm is completely no-till, so they use mulch to control their weeds. Sometimes they grow their mulch in place as a cover crop.

“We had really good luck for a couple of years kind of growing some of our straw on-site as a cover crop part of the rotation,” Smith said. “So, after potatoes, getting in a winter rye crop, and then being able to just mow that in place and plant winter squash the next year, and that worked very well.”

For fertilizer, they make compost and compost tea on the farm to add nutrients to their soil.

All these practices have fed their soil biology, and that has proved beneficial.

“I feel like our biggest composting program is worm manure and just having excited soil biology and hoping they’re doing a really good job at mobilizing nutrients,” Smith said.

“If you’ve got a garden that has been doing pretty well, and you see a lot of earthworms when you pull crops or turn the soil over, then you don’t have to worry so much about incorporating organic matter,” Burrows said. “The worms will do it for you.” 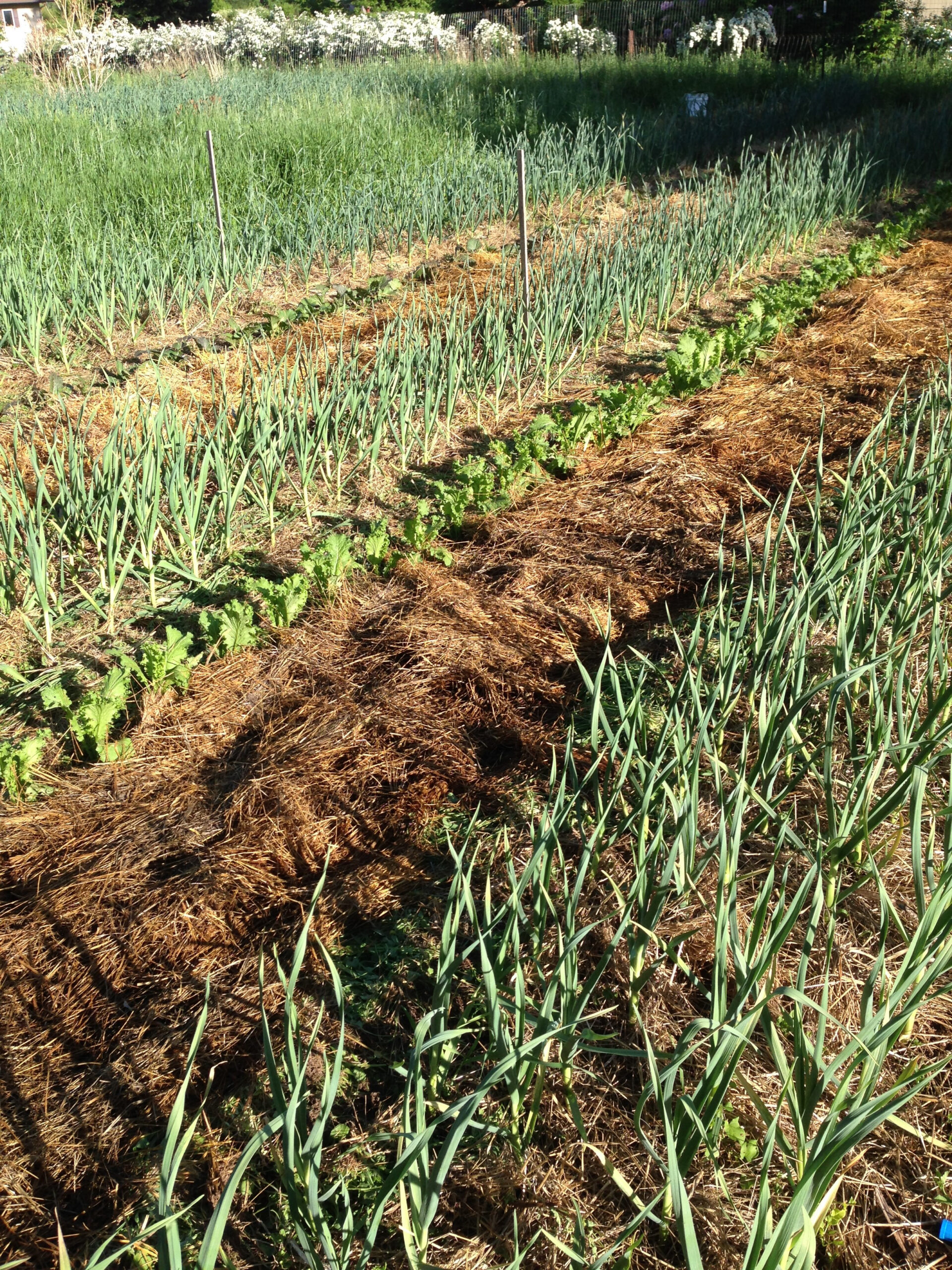 Jeremy Smith and Patricia Jenkins use a heavy straw mulch on their beds of garlic and mustard greens at Cycle Farm near Spearfish, SD. Photo courtesy of Cycle Farm.

Burrows said soil health practices may look like a bigger investment to get started as opposed to buying some lawn fertilizer and throwing it on. “But over the long term, it’s going to decrease inputs and may even require less watering, which is important during drought years,” she said. “It’s probably going to have better yields and more resistance, probably, to a lot of plant diseases.”

For Smith and Jenkins, however, seeing the results of their soil health practices is its own reward.

“When your priority is soil health, and you start paying attention to the soil, suddenly there’s so much diversity, and there’s so much life in the soil, and you’re seeing it,” Jenkins said. “It cultivates this love affair, and it builds the affection that you have for all the processes and cycles and these little critters that are doing all this work all the time.”

The following resources may be useful for gardeners considering soil health gardening practices. 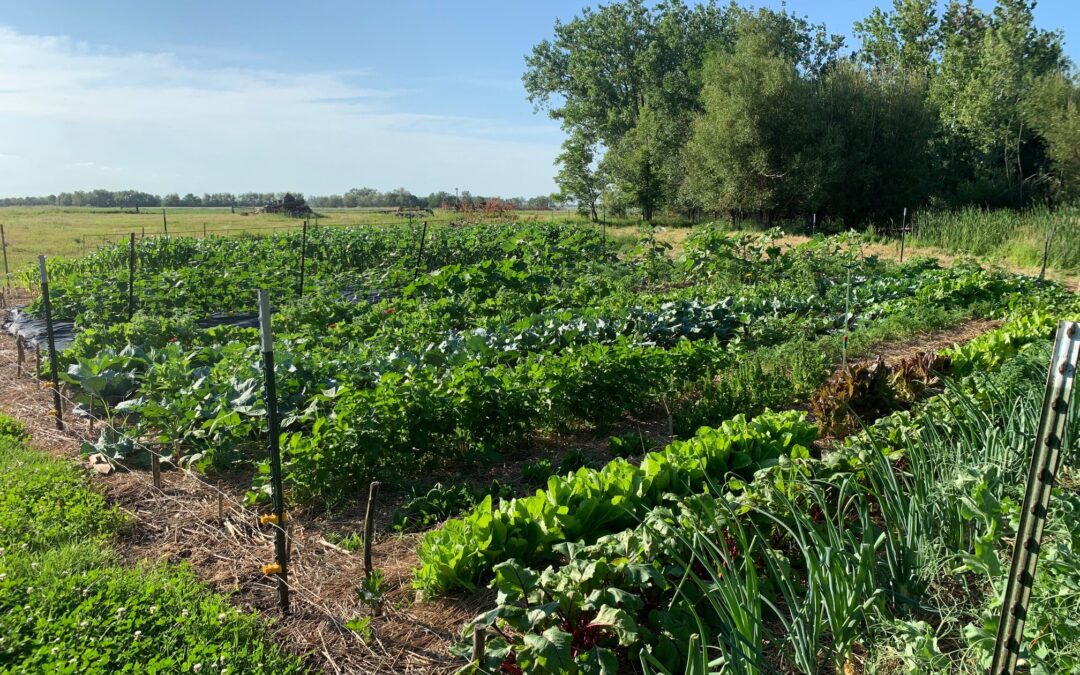