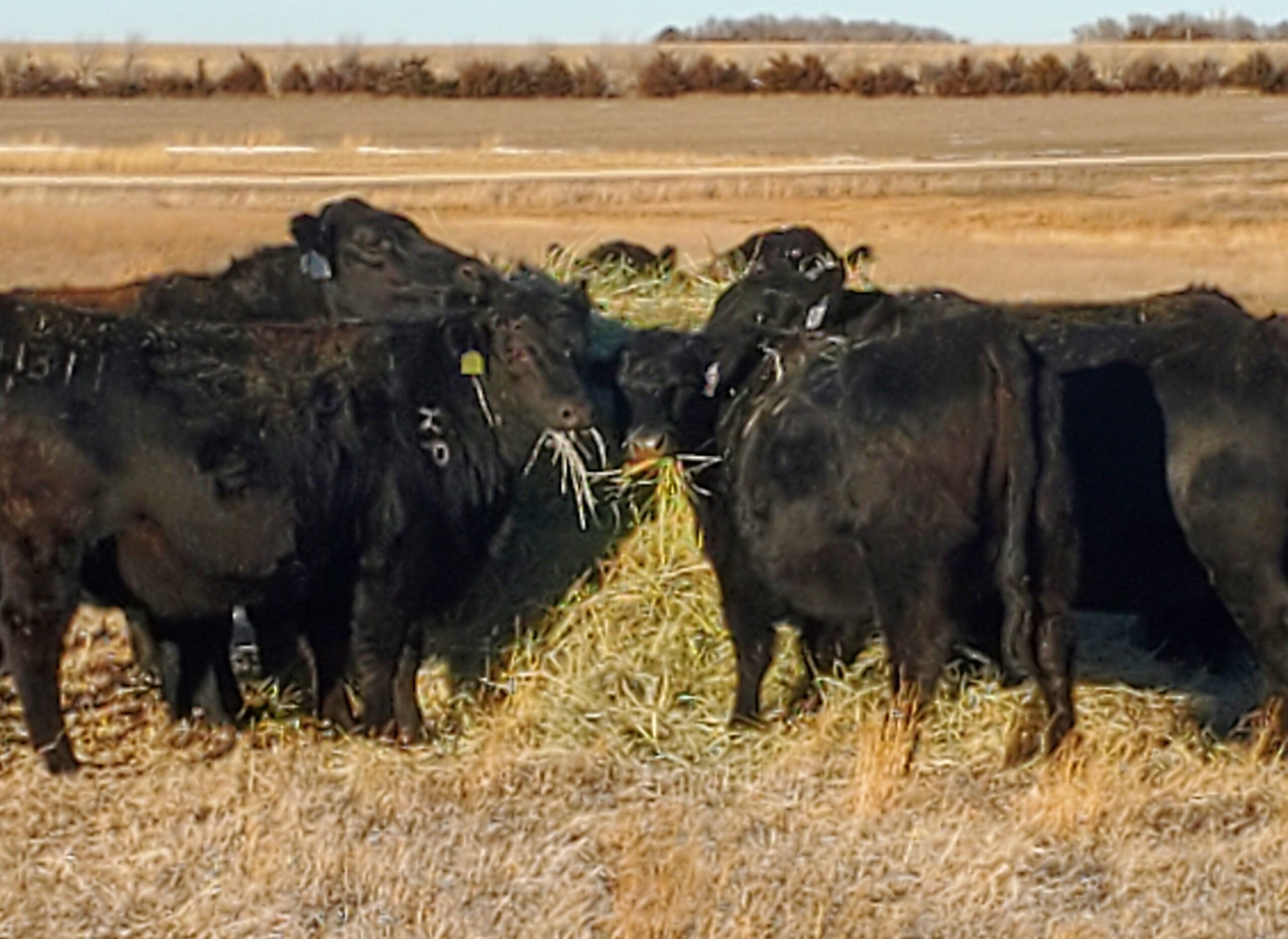 “I hear many producers talk about they’re gonna go do chores for four hours and five hours feeding their cattle. That’s all they do all winter,” he said. “We go out there and roll up a fence every four or five days, and it takes an hour.” 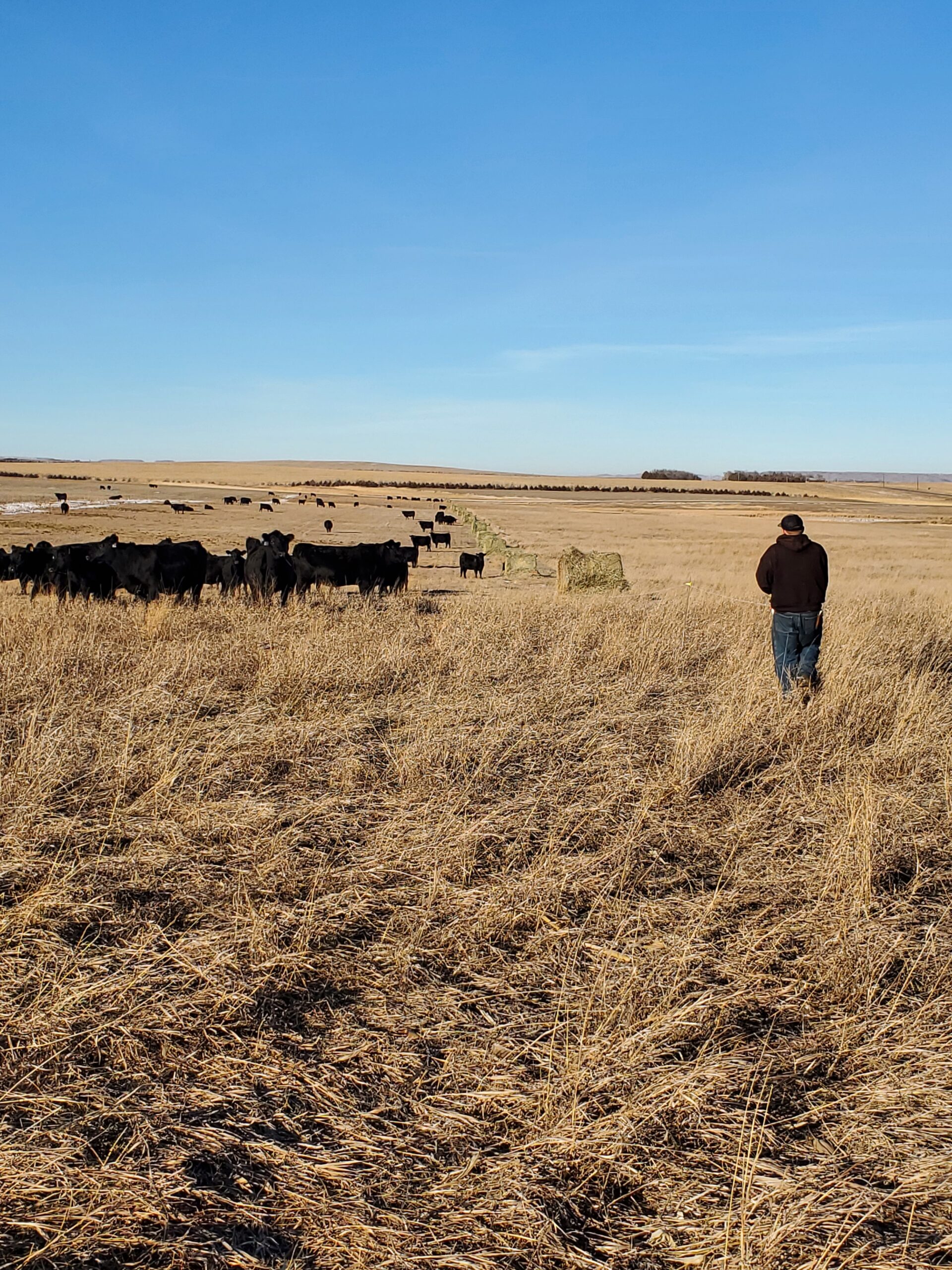 Heath Bullington moves fence to allow cattle access to more hay bales as part of the bale grazing practice he manages with his uncle, Van Mansheim, in their ManBull Farming operation near Colome, SD. Photo courtesy of Van Mansheim.

Mansheim runs ManBull Farming with his nephew, Heath Bullington, and together they raise wheat, oats, corn, soybeans, alfalfa, and cover crops, and they custom graze cattle. They use bale grazing – the practice of arranging hay bales on a grid and allowing cattle access to a few bales at a time – to improve their soil, save money, and make their lives easier while feeding cattle in the winter.

Mansheim grazes cattle on corn stalks and cover crops earlier in November and December. In January and February, he lets the cattle graze hay bales. “We set up all the bales before it freezes, usually in later November, early December before the ground freezes, and we take off all the net wrap because we don’t want the cows to have to digest that,” he said. “So that takes roughly about, I would say, eight hours to set up, say, 150 bales – two people. And then every time we move our fence, about an hour.”

Mansheim places his hay bales in rows on the same land where they were hayed. “We line them up in rows because we only give the cattle a certain amount of feed – roughly four to five days of feed at a time,” he said. “So, if I have 150 head of cattle, it’s going to be around 15 bales. If the group is 200 head of cattle, they’re going to have 20 bales.”

There’s a good reason Mansheim grazes the hay bales on the same land where it was grown – his soil. “When you remove the hay or forage, you’re removing all the nutrients. You know, the nitrogen, the phosphorus, the zinc, all the micros,” he said.

That’s why he started bale grazing three years ago. “I could tell our soil was being degraded because we had been haying this ground for 40 years, and we were bringing it into our yard to feed it, but it never got back to the landscape. So, we were actually exporting nutrients from that soil, and the result of that, I was seeing that we were losing hay production.”

Mansheim also noticed problems with his hay ground in wet years. “When it got wet, I was noticing all of a sudden we were having these low spots that were turning into cattails and just weeds,” he said. “It was killing the grasses that were there, and then I was getting saline spots, so I knew I had a broken water cycle, and so that is one reason we do it is to improve water infiltration.”

The bale grazing plan is paying off. “It’s totally improved the water infiltration, and the cattails are virtually gone off that hay ground in three years. The grass has come back,” Mansheim said. “Wherever those residue piles are after they eat them, the infiltration is just phenomenal there, and the biology – it increases the biology. Even though this year we were sort of dry, we have increased hay production on this piece of ground about 30 percent in three years, and we do not fertilize it.” 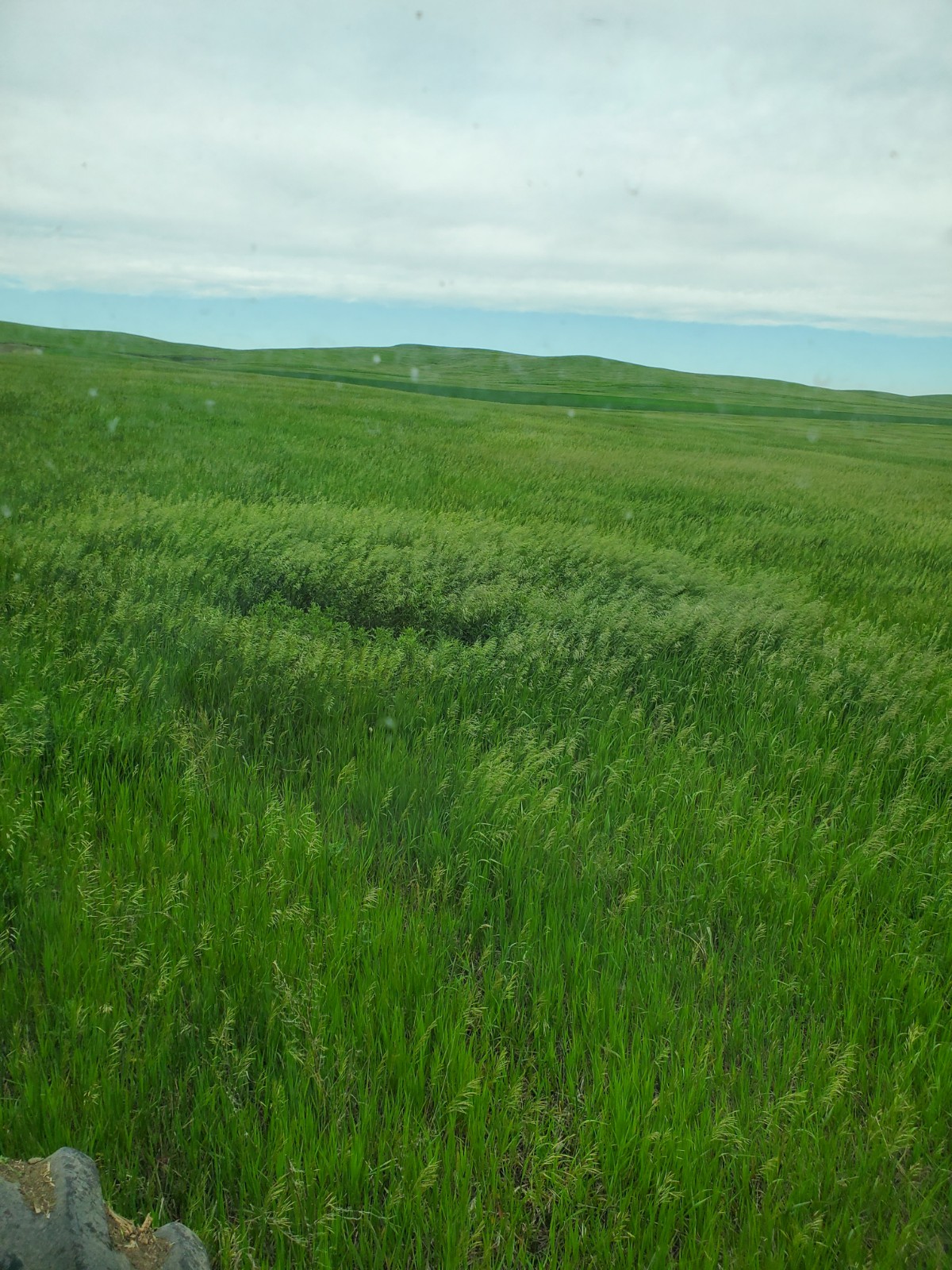 The grass was taller and thicker in July 2022 in the spot where a hay bale was grazed by cattle the previous winter on Van Mansheim’s operation near Colome, SD. Photo courtesy of Van Mansheim.

Mansheim acknowledges a major concern that some producers have about bale grazing. “One big concern people have is waste, and we do not see that at all. For one, I don’t consider anything that they leave as waste because it’s feeding the soil,” he said. “Two is cattle are tougher than we give them credit for. We force them to clean up those piles before we give them the next row.”

Mansheim keeps a close eye on the cattle to keep them healthy. He makes sure they have a clean, steady water source. He also maintains wind breaks, and he adjusts the amount of time between fence moves based on the temperature, since cattle need more hay in colder weather. “We go out there every day, but we just drive around out with them and be out with them, and it’s a lot less expensive driving a four-wheeler or side-by-side and a pickup than a tractor,” he said. “It’s so economically and time efficient. It’s a win-win.”

“This spring, when I was cutting out there, you can see exactly where the piles were from the last three years,” he said. “It’s thicker. It’s darker green. It looks like I fertilized it.” 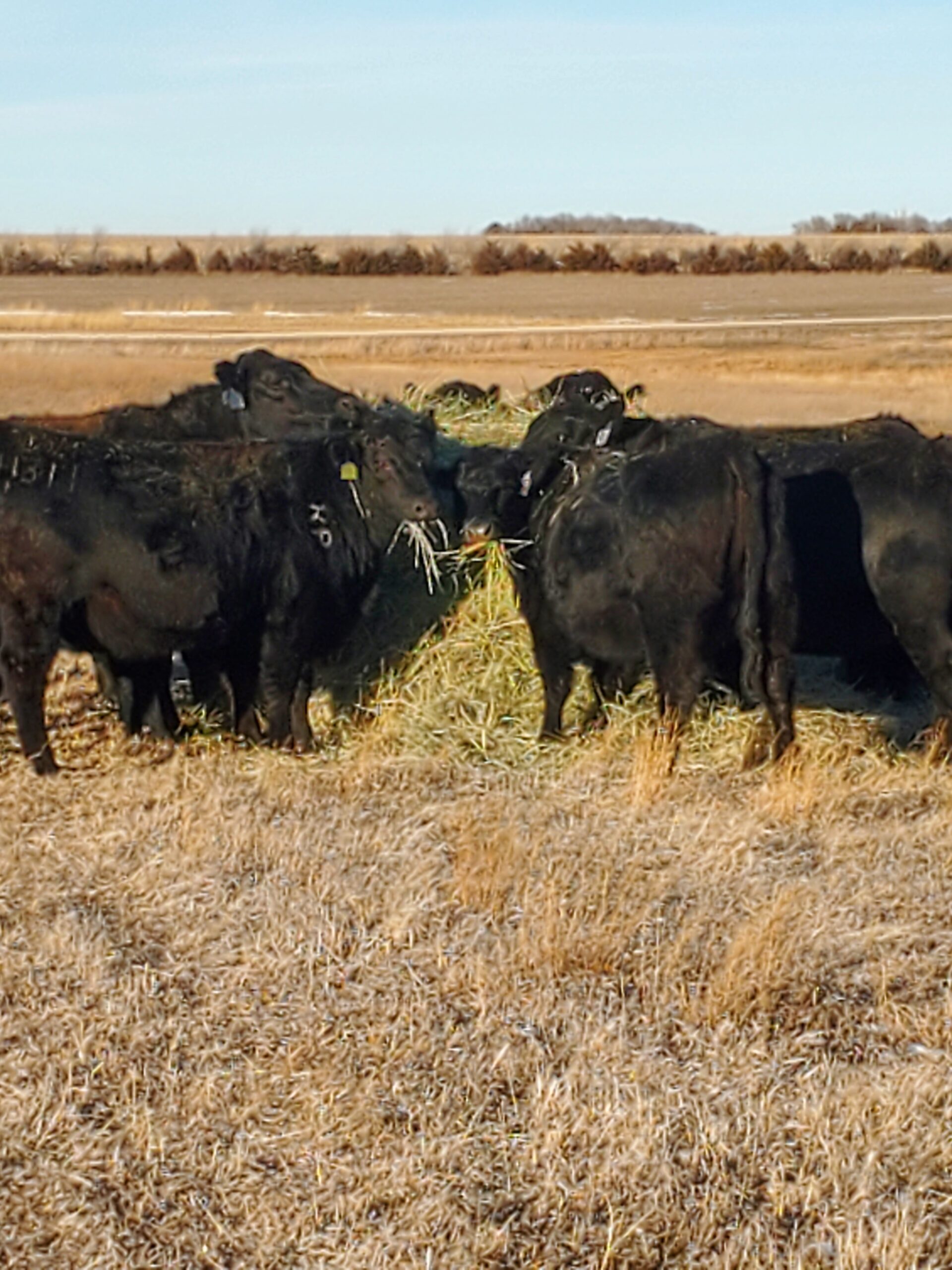