Reap the value of beneficial insects through soil health 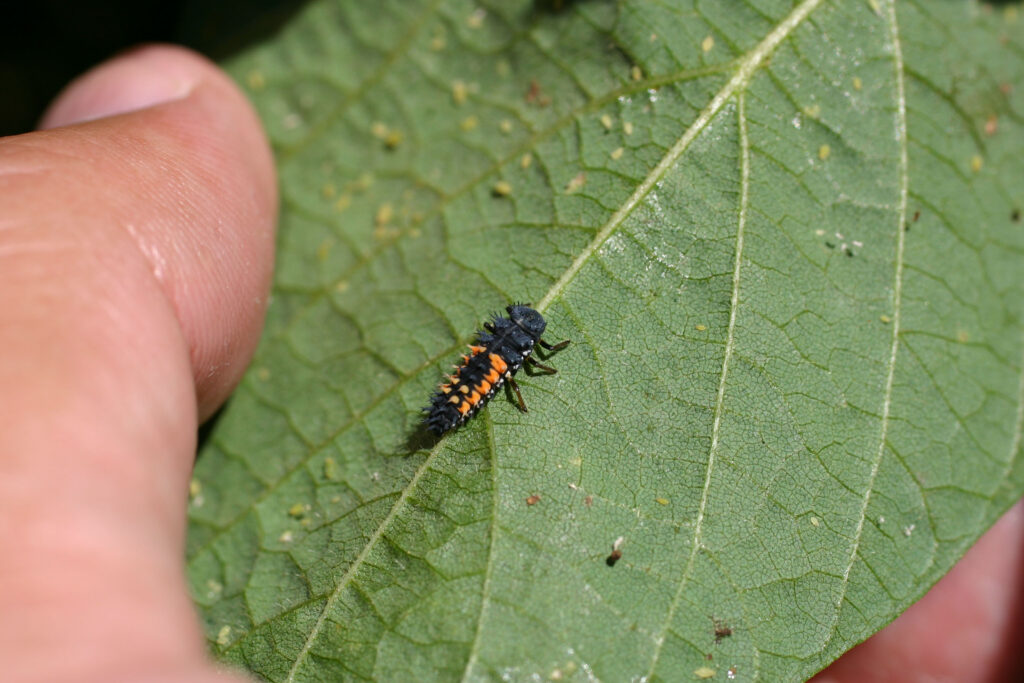 How can agricultural producers increase their share of the value provided by insects and protect them as an economically important natural resource?

“There’s certainly a lot of beneficial insects,” Agricultural Research Service Research Entomologist Louis Hesler said. “There’re predators out there, so they provide natural biological control of pest insects. There are pollinators. There are what we call the recyclers or the detritivores.”

Hesler said recyclers also include micro-insects that live in the soil and other invertebrates like earthworms and beneficial nematodes. They help to break down and recycle material in the soil.

All of these insects – the predators, the pollinators, and the recyclers – provide crucial services on farms and ranches. Some of the most important insects on the farm, however, might be considered pests, but they also provide the basis of the food pyramid for the entire insect community.

“In terms of abundance, springtails, mites, thrips, and aphids are probably some of the most important invertebrates. They are like plankton in the sea,” said Jonathan Lundgren, agroecologist, producer, Ecdysis Foundation director, and owner of Blue Dasher Farm near Estelline, SD. “These things – mites and (springtails) in the soil – are foundational to everything else. It’s like the base of the pyramid.”

That abundance and diversity of insect life is what will lead to better outcomes for producers, Lundgren said. “It’s about the number of species and the life on your farm,” he explained. “It’s diversity. Predators, pollinators, granivores that eat weed seed, herbivores that help to regulate weeds – all of these things are really important.”

Why are they important?

“The number of insect species on your farm correlates directly with how much profit you generate. We’ve got the data,” Lundgren said. “The more bugs, the more water infiltration, the more soil carbon and organic matter, the more plant diversity – that’s at the base of the whole thing – but it scales with just about every positive regenerative outcome that you can think of. Soil genesis happens because of bugs. Most soil is insect poop or invertebrate poop. If you want to raise organic carbon, the organic matter in your soil, thank a bug.” 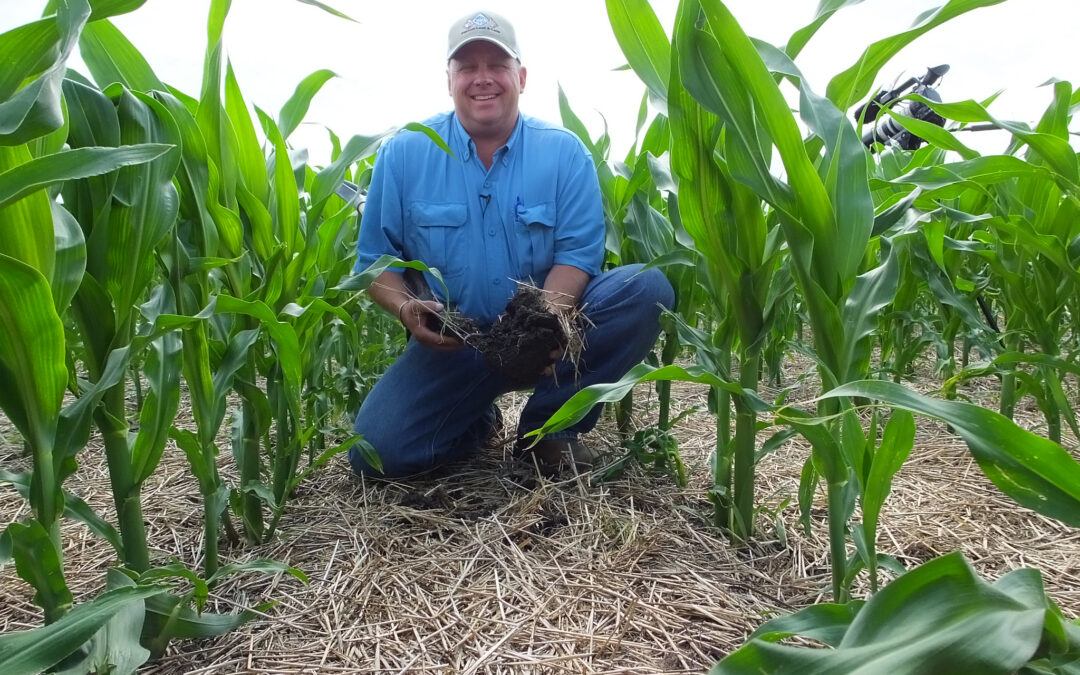 For the most part, he relies on Mother Nature and regenerative ag practices to handle his insect problems.

“In nature there tends to be a balance of predators and prey,” Jorgensen said. “We try and promote a balanced system throughout by the use of cover crops, diverse rotations, livestock integration. All the five principles of soil health are going to promote a much more balanced insect community.”

It seems to be working because his operation seldomly applies insecticides.

“The only instance that we may now use insecticide – and it happens maybe once out of four or five years – is a little bit of insecticide on our alfalfa crop. If we acquire an infestation of alfalfa weevils, we’re kind of at the mercy of having to spray for those,” Jorgensen said. “In any other crop we grow, we do not use any soil-applied or surface-applied insecticide.”

Jorgensen credits his six-year crop rotation for this reduction in insect pest problems.

“The corn rootworm, of course, is a pretty a devastating critter across the Corn Belt,” he said. “We don’t see that here primarily because our rotation is so long. We don’t have a monoculture type system where you have just corn and beans. Some of those insects have learned that pattern, learned how to lay eggs in the season before so that they’re there when the corn germinates. So, we avoid a lot of those types of infestations of insects purely because of the long rotation that we have.”

Bryan Jorgensen credits this diverse six-year rotation for helping to control pest insects and promote pollinator health. His operation only applies insecticide once every four to five years in the event of an alfalfa weevil infestation. Image courtesy of Bryan Jorgensen.

“We happen to have several bee companies around this part of the world that raise bees for honey. We have a pretty rich environment for them, and they tend to like to place a lot their hives in pretty close proximity or on our property because of the numerous flowering plants that we have in the cover crops,” he said. “It’s not just bees. We’re getting all kinds. We’re getting some butterflies, getting some moths, some beneficial ones, in fact.”

One way to help ensure a diverse and balanced insect community on your operation is to limit tillage.

“Tillage is a disturbance,” Hesler said. “It disrupts where insects overwinter, or a disk or plow can directly kill insects. It’s a disturbance that has direct and indirect impacts on those beneficial insect populations in the soil.”

Hesler also said producers wishing to increase their beneficial insect populations should avoid fencerow-to-fencerow planting. “You’re leaving these islands or pockets out there of undisturbed land along the fencerows,” he said. “Leaving that is a refuge habitat for these insects to overwinter, to have a place where they can go to avoid some of the disturbance.” 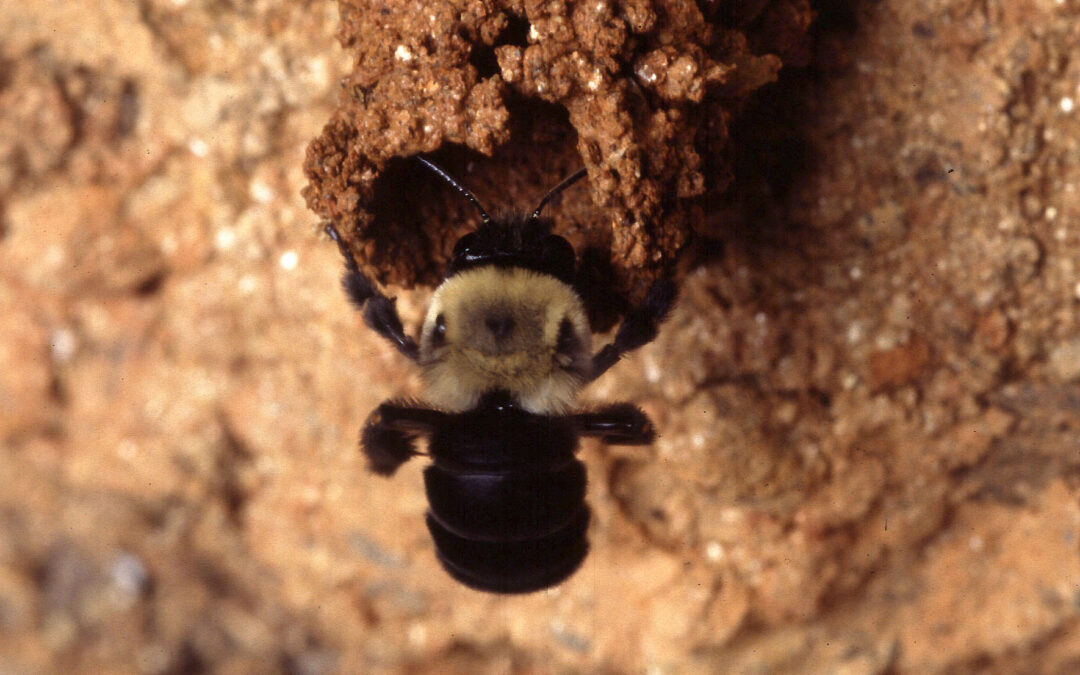 The mustached mud bee is an important beneficial insect that lives in the soil. USDA-ARS photo by Scott Bauer.

Hesler agreed with Jorgensen that avoiding unwarranted pesticide applications is the best approach. He said producers should limit “calendar sprays” or prophylactic use of pesticides, whether they be seed treatments or foliar sprays. “In the overwhelming majority of cases, they really need to rely on their scouting or their crop consultants to come out and scout their fields to know whether they have a particular pest and whether it’s there at economically damaging levels,” he said.

Producers should consider avoiding insecticide seed coatings, especially if they have no history of problems with early season pests, Hesler said. “Various studies have shown that it’s hard to realize a consistent benefit to these seed treatments in terms of economics in corn and soybeans in the Upper Midwest,” he said. “In a lot of instances, the seed treatments don’t provide enough benefit to justify their cost, and we know they’re having some type of negative aspects off-site that’s very difficult to quantify economically.”

The negative effects of insecticidal seed coatings can include harm to pollinators and other beneficial insects, harm to aquatic life, and harm to wildlife.

“Studies have shown there can be sublethal effects sometimes on beneficial insects, especially pollinators – sublethal meaning it doesn’t kill them outright but causes some disfunction or disorientation,” Hesler said.

Those insecticides are also ending up in streams and waterways where they affect aquatic insects and perhaps animals like fish and birds that feed on those insects, he said.

“We did a study recently – two studies, one on pheasants and one on white-tailed deer – and we ended up seeing very similar results where neonicotinoids were adversely affecting even these vertebrate animals that they were supposed to have no adverse effects on whatsoever,” Lundgren said.

It may be difficult for producers to source untreated seeds that have the latest genetics, but Hesler said they should speak to their seed dealers to request uncoated seeds.

Lundgren said that while uncoated seeds may not be at the local co-op, there are a growing number of South Dakota seed companies that are selling untreated seeds. “Sometimes you have to order them a little bit early, especially for corn, but that isn’t even true anymore,” he said. 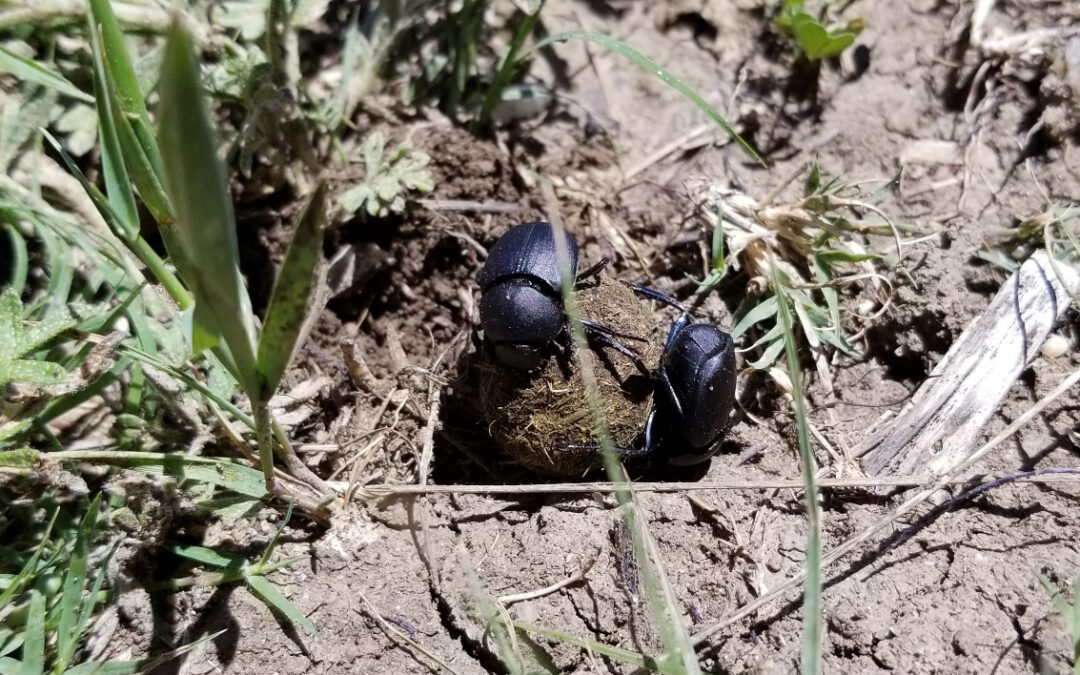 For producers who want to try a regenerative approach to pest control, Jorgensen has some important advice.

“I would recommend that they move out of (their system) slowly because, most likely, unless they have adopted the principles of soil health – if they haven’t yet – then it’s going to be a little bit risky to move out of the insecticide or fungicide realm quickly,” he said. “We have to rebuild what we destroyed. We have to allow nature to rebalance itself by way of the five principles of soil health. If it were somebody pretty heavily dependent on nutrients and insecticides and fungicides in order to grow a crop, then I would recommend they slowly implement some of those principles before they get too gung-ho about dropping out those components because they’d probably set themselves up for pretty much a disaster. It’s not something they can do or implement overnight unless they have at least four of those soil health principles in place.”

“Just through the five principles of soil health,” Jorgensen said, “you’re going to create a better environment for the insect communities.”

To learn more about the five principles of soil health and the South Dakota Soil Health Coalition, visit www.sdsoilhealthcoalition.org, call 605-280-4190 or email sdsoilhealth@gmail.com. 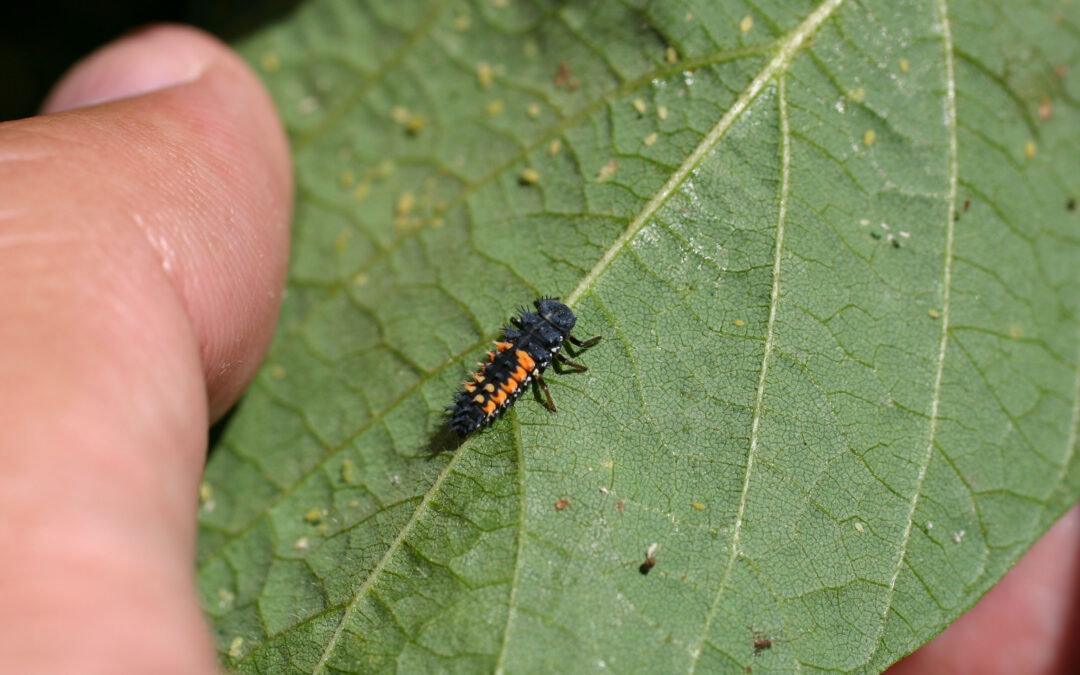