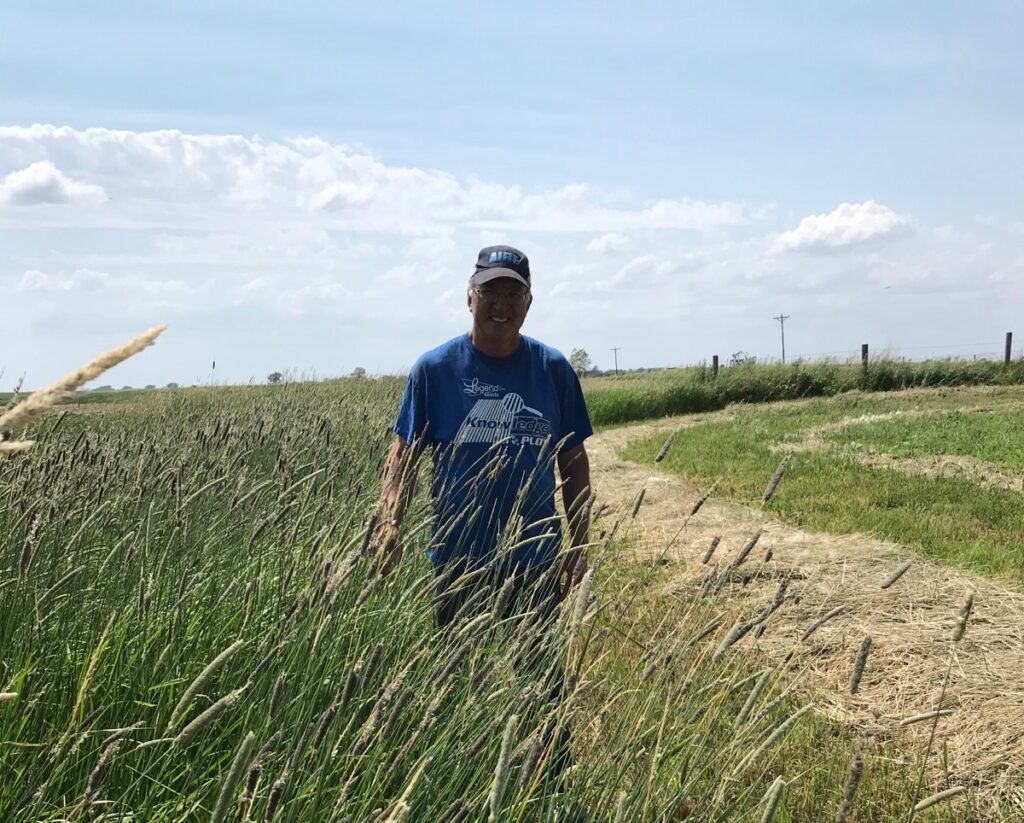 White desert is how Frederick farmer, Don Nickelson, used to describe the saline patches on his land. “Nothing would grow there,” says the crop and cattle producer. Hitchcock farmer, Scott Hamilton understands. Saline patches began showing up on his land in the 1990s. “If nothing will grow, not even (the weed) kochia, you know the land is in pretty tough shape.” Although their approaches vary, both farmers discovered by implementing soil health practices, they were able to restore life to these former dead zones.

Geological roots
Although landscape, soil type and climate may differ, the root of salinity issues on the land today stem from a common source that dates back to geology 65 to 145 million years ago, explains Cheryl Reese, South Dakota State University Senior Lecturer in the Department of Agronomy, Horticulture and Plant Science. “Most of the interior of the United States, from Texas to North Dakota – including South Dakota – was covered by a shallow, in-land, sea.” She explains, shale a type of sedimentary rock, was deposited at the bottom of this sea for millions of years. “The shale contains salts because it was deposited in a marine environment,” Reese says.

What remains today of this prehistoric sea are those salty shale deposits. The salts in this deposit are highly soluble in water. As the groundwater, water tables rise….

-Dates, locations and times to be filled in soon…

Area for minutes to be listed as hyperlinks for viewing…