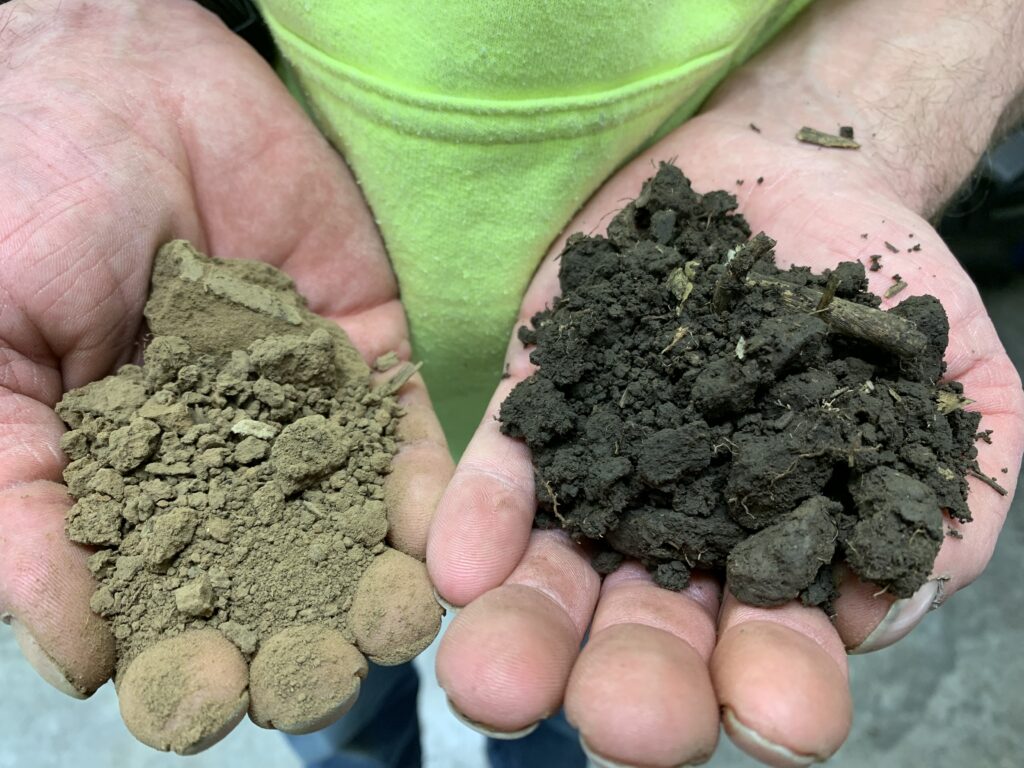 South Dakota farmers slogged through two wet years before the rain shut off in the middle of the last growing season. Now a warm start to winter without much snow cover has farmers heading into the next crop year short on moisture.

But soil health farmers aren’t worried. They’ve built resilience into their soils so they can make the best use of the moisture they get.

Brian Johnson farms near Frankfort in the middle of eastern South Dakota. He grows all his crops without irrigation. He can’t control how much water they get, but he doesn’t worry about it. Instead, he has faith that no-till practices, residue cover and soil health will get his crops through dry cycles.

“When you eliminate water as a variable in whether you’re going to be able to grow a crop or not, that’s a huge stress relief,” said Johnson, who serves on the South Dakota Soil Health Coalition board of directors.

North central South Dakota picked up a foot of snow in October, but the winter months have continued the last year’s dry pattern. Selby producer and South Dakota Soil Health Coalition Board Member Doug Sieck says he’s not in his comfort zone when it comes to soil moisture.

That said, his 2020 crop pulled through, and his pastures did well. It’s a stark contrast from the way farmers used to talk in the 1980s.

“It was common for folks in my neighborhood, on a dry year, to make the comment, ‘Well, I hope the corn gets tall enough to cut for silage,’” Sieck said.

The dynamic changed after he and many neighbors started no-till management in the 1990s, he said. Since then, only the extremely dry 2006 season saw a corn crop failure.

Sieck credits that resilience to minimal soil disturbance and better soil structure that holds moisture until plants need it.

“No-till combined with diversity in rotation are the two biggest tools that decreased our drought risk,” he said.

As a cattle producer, he’s encouraged to have a drought plan in place that tells him when to cull cows if dry conditions are persisting. Sieck thinks farmers need the same sort of plan, but action on it needs to be pre-emptive.

He and the Johnsons have spent decades building resilient soils, but skipping the tillage pass in a dry cycle can have immediate benefits on any field.

“The no-till helps. You’re not down in there tearing their house apart,” Sieck said.

These two photos were taken in fields across the road from each other. Tilled soil on the left is powder dry. No-till soil on the right with ample residue cover has enough moisture to squeeze liquid out of a soil ball in the hand. Photo courtesy of Dale Strickler.

Undisturbed soil and residue from the previous crop build organic matter, which is important for water storage, Bly added. On the surface, residue creates a sort of armor that helps reduce evaporation and erosion.

Cover crops can do even more to help. They keep a living root in the soil past harvest time. They feed the microbiome that’s at work underground building healthy soils and add a diversity of rooting patterns, Bly explained. Soybeans have a taproot, corn roots are fibrous, and small grains are fibrous but more distributed. Cover crops fill in a gap there, Bly said.

Sorghum Sudan grass is good summertime cover, according to agronomist Dale Strickler, who works with Green Cover Seed in south central Nebraska and has written the books “Managing Pasture” and “The Drought-Resilient Farm.”

“Sorghum Sudan has more biomass above ground and below ground than any other annual crop,” he said, adding that it will generate more pounds of forage than anything else for producers looking to supplement livestock feed.

It’s hard to beat the growth cereal rye and triticale cover crops can put on in the winter months, he said, and they have massive root systems.

Those roots make pathways – macropores – where water can filter through the soil. Pores need to be open to the soil surface to get the benefit of water infiltration, Strickler said. Tillage closes those pores.

He equates it to snorkeling: “There’s a big difference between having your snorkel above or below the surface.”

Last year’s dry conditions kept Bly from planting many cover crops after corn and soybeans on his southeastern South Dakota farm. He didn’t want them using any moisture reserves he’d need for his next cash crop; although, he did plant covers after his wheat and oats were harvested.

Understanding your soils and their water holding capacity is important to planting plans. It’s like managing your bank account, he said.

Cover crops are an investment. Starting out is tough, especially in a dry period, Strickler said, but it pays off in subsequent years with better infiltration, better water holding capacity and less evaporation.

“It only takes one good rain to replenish that inch and a half,” he said. “The cover crop soil usually catches up very rapidly, and once caught up, you stay ahead.”

Strickler believes farmers can do a better job of using the resources they already have. He recalled driving through southwestern Kansas during the drought year of 2012. He saw a tractor at work feeding hay bales on a buffalo grass pasture that was nothing but dirt. On the other side of the fence was a sprayer knocking out 3-foot pigweeds and crabgrass in the wheat stubble. There were about 3 tons per acre of nutritious feed out there, he estimated, but producers aren’t used to looking at weeds and stubble as potential feed sources.

“Thousands of dollars could be saved by opening a gate,” he said.

Johnson, the farmer from Frankfort, said there are resources for producers looking to learn more about how to improve their operation’s ability to withstand weather extremes. The South Dakota Soil Health Coalition website at www.sdsoilhealthcoalition.org has a Healthy Soils Handbook that serves as a technical resource. You can also connect with experienced producers throughout the state by tapping into the Mentor Network.

“We’ve got lots of resources there so you’re not starting from square one,” Johnson said. 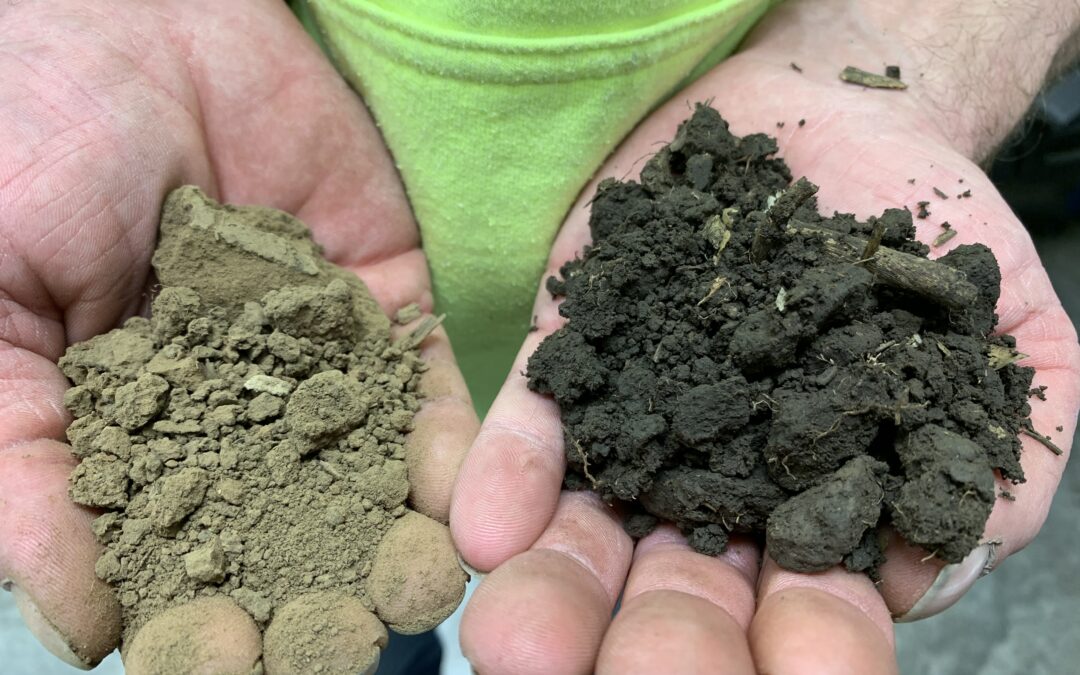 Dale Strickler displays soil from two fields. The one on the left has been tilled since shortly after the Civil War. The other has been no-tilled and cover cropped for 25 years. Photo courtesy of Dale Strickler.