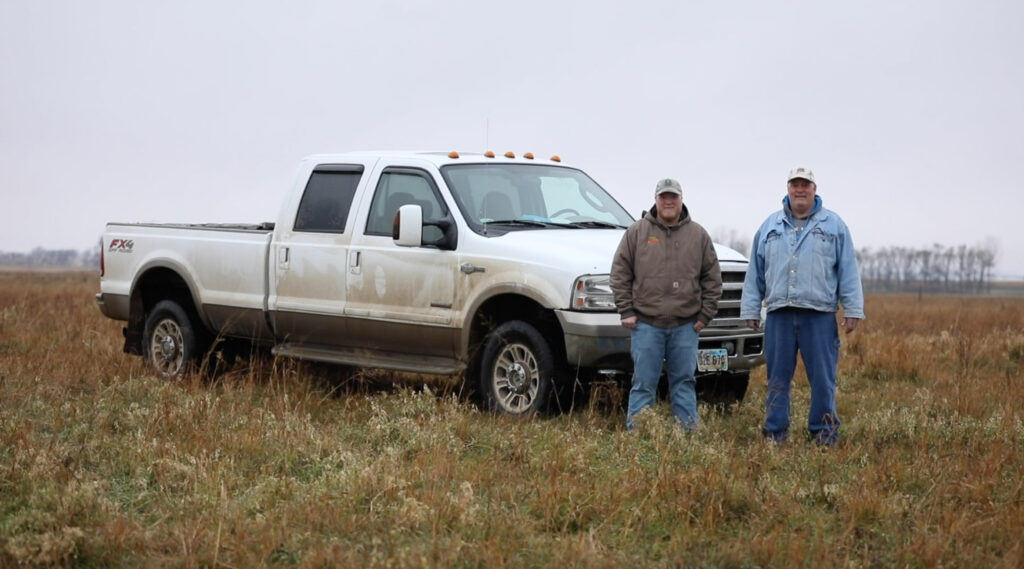 “We feel like if we get the moisture that God gave us and leave it where it’s supposed to be, we can get through most any year,” Barry Little says. His son Eli, who’s farmed with him at the family farm near Castlewood for more than 10 years, says the secret to that is a system that includes multiple species cover crops, crop rotations, no-till and strip till, and livestock on as many acres as possible.

“We want to keep something growing in the soil as long as possible and that’s every year—that’s the goal,” Eli says. “You go through years of drought and you go through years where you get extra moisture, and having a soil structure, using no-till and cover crops, you kind of smooth out those years. You’re not as stressed from drought, and you’re holding soil structure in the wet years.”

When South Dakota was exceptionally wet in 2019, the Littles were able to plant more than 90 percent of all their fields. “That was a little unusual around here. We attribute that to the soil health we’re working on—there’s enough soil structure in the fields and the water infiltrated. We don’t see near the stress in the middle of summer that a lot of people are seeing, either.”

Livestock on every acre

The Littles grow corn, soybeans, wheat and oats, and raise beef cows, sheep, hogs, and chickens. “We started growing more small grain because we can integrate cover crops into that more easily and we’re all about getting livestock on as many acres as we can every year so that they can improve soil health,” Barry says. “We’d like to get a perimeter fence around all of the land we farm so we can run livestock on those farms at least every three or four years.”

“We used to run 100 cows on 400 acres of pasture—four acres per cow-calf pair—and in the middle of the summer or late summer we were running out of grass. We didn’t know if we’d have to start feeding hay,” Barry says. “Now Eli is in charge of the cows, and normally he moves them every day or two, sometimes twice a day. We’re down to around one and three quarter acres per cow calf pair, and we’re getting way more production out of every pasture, with way more species in every pasture. We finally realized what was going on there. That was the point we said we’re on to something that’s working.” 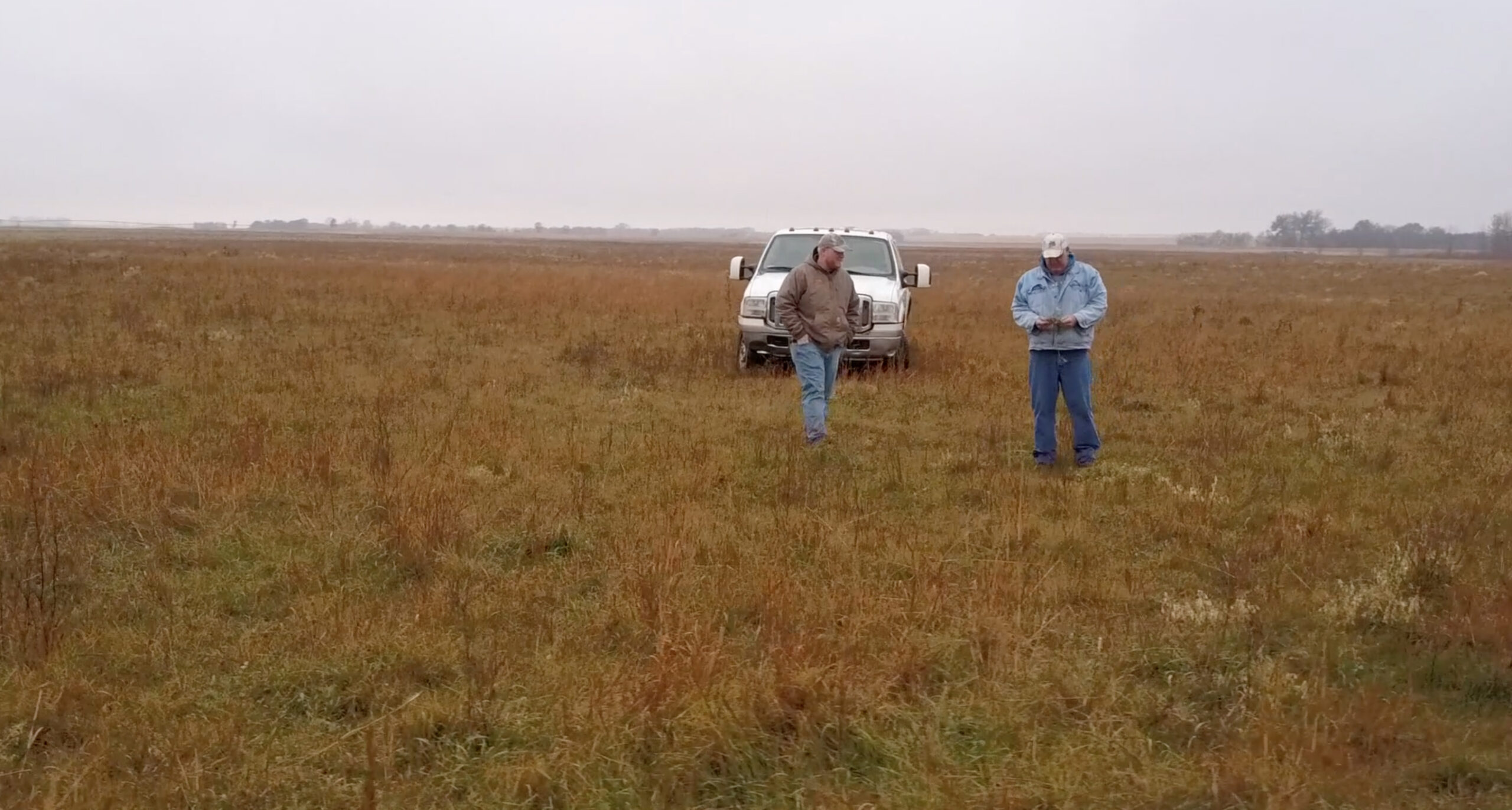 Eli and Barry Little are getting more production from their pastures since moving to more intensive rotational grazing. Photo courtesy of USDA-NRCS SD.

Another test came in 2017 in a 60-acre corn field on poor ground. “We had strip-tilled it, put the fertilizer down, planted it and put the 28 percent on afterwards. A few days later it was wiped out by hail,” Eli says. “So, we decided to plant it to a cover crop. When it grew up, we windrowed half of it and put some of it up in bales. We left them out there and strip grazed it. The next year we no-tilled it and put 30 gallons of 28 on it. We got about 30 or 40 bushels an acre better yield that fall than we’ve ever had on that field that year; the profit on that field alone was just so astronomical.”

“Our experiments with no nitrogen, or no P and K or a half rate or three quarters rate is proving to us that as we regenerate our farm, we don’t need to add the dry fertilizers,” Eli says. “I want to throw at least 15 different species in there. That helped us cut our herbicide use in half last year—we’re only spraying our corn one time, and our cost is way down.” 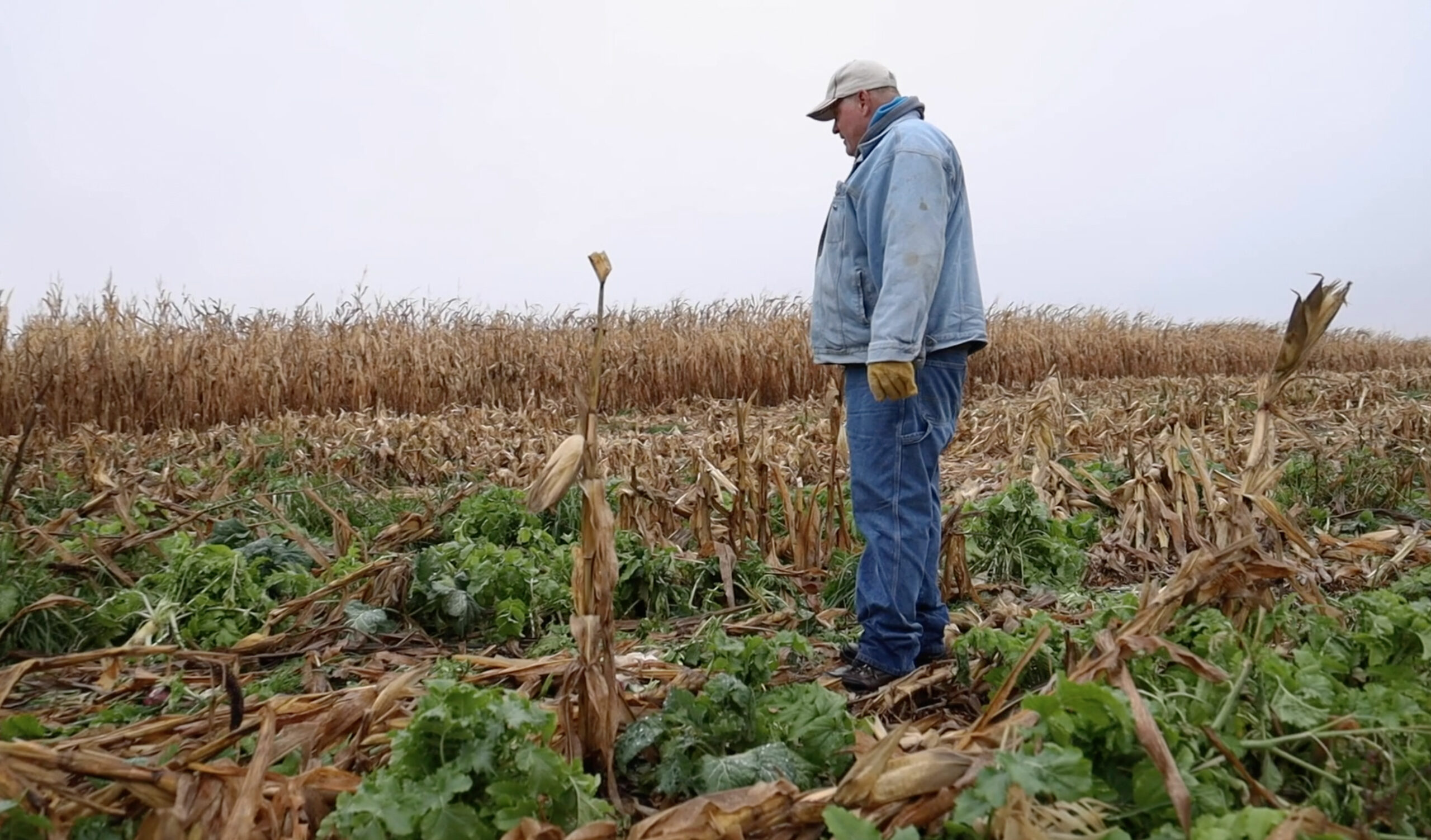 The Littles use as many species as possible in their cover crops because every species has a different use. “We like to have a couple different legumes to fix some nitrogen, species that grow a long taproot to break up hard pan, and some that scavenge nutrients and tie up fertilizer, and some species will release fertilizer,” Eli says. The grazing they get is a bonus; they’ve watched as cows in cornstalks have walked an extra half mile to get to the field that had cover crops even though they were barely visible.

It all adds up to less stress on the farm for both father and son. “It’s a cliché, but I’m living the dream. I’ve got three granddaughters that live two miles away that are a joy to have around, and I’m farming with my son Eli,” Barry says.

For his part, soil health practices are Eli’s future. “I don’t think there’d be room on this farm for me if we weren’t doing what we’re doing right now,” he says. “We have three daughters—I think one of them could be a farmer. I want to see them get into what we’re doing because I know there can be a legacy here for them.” 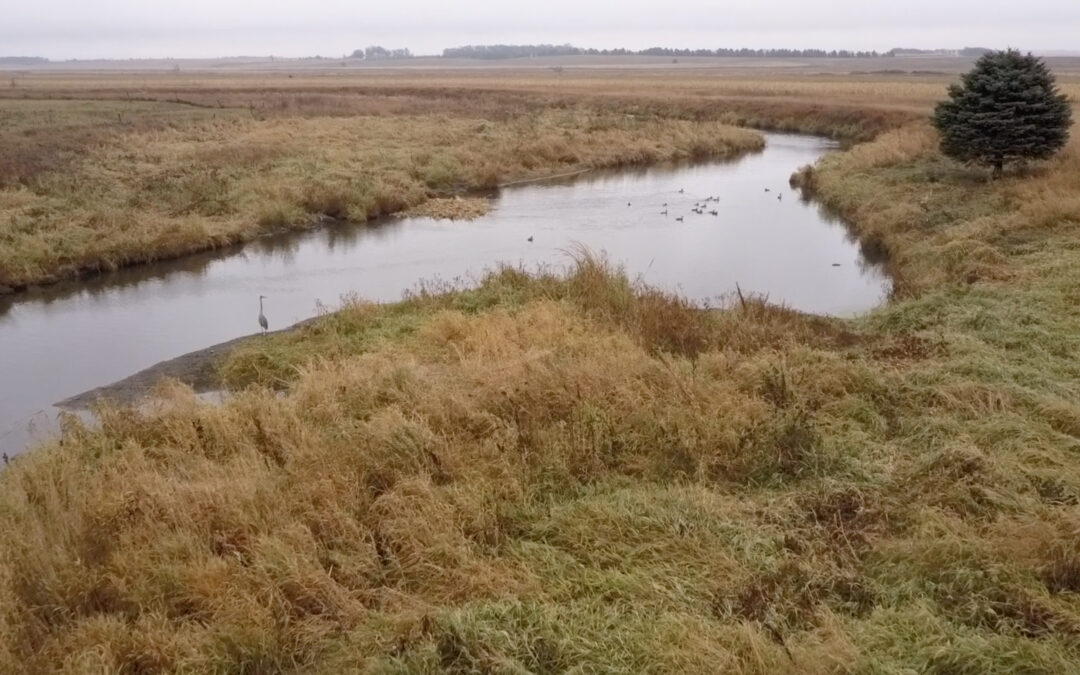 The Littles make room for wildlife on their farm. Photo courtesy of USDA-NRCS SD.